In this release we’ve updated the Android bundling to support the new .aab format.
There’s a new setting for this in the bundle dialog, or check the documentation for bob.jar on how to specify it using the --bundle-format option.

We’ve also finally added support for physics scaling. You can enable it by checking the option physics.allow_dynamic_transformsin the project settings. It allows you to set the transform at runtime for the non static collision objects.

Another physics fix is that the phyics.raycast() have been updated so that it can return all the raycast hits. See the documentation for further info on how this api has changed (it is still backwards compatible though).

We have updated the HTML5 builds to use Emscripten 1.39.16, which yields smaller (about 13%) wasm executable sizes.

This is the first release we’ve made where community contributions have been made.
Thank you for your support!

Some notable contributions are a fix for not rendering 9-sliced gui nodes when the don’t have any texture, which is a good optimization. Another one is a having texture compression as an option in the bundle dialog, which will make it clearer for our users. Also some documentation improvements.

Wow, a lot of things, and there are PRs as well!

EDIT: Sorry, I missed the link to the docs!

Not sure what you mean?
If you tell it to get all ray hits, you’ll get them all, in ascending hit time.
Did you check the documentation? If something should be clearer, please let us know!

Yes, sorry, I’ve missed the link to the documentation!

And that solution is clear and understandable, thanks!

I’m getting this error when building for HTML5

What extensions are you using?

And you are using the stage server? https://build-stage.defold.com

Yeah, I might bite too. I just took footage of two of my coworkers (and myself) and I’m going to be adding them into my fighting game this week, which means messing around with a lot of different hitboxes. Physics scaling would probably save me a lot of work. 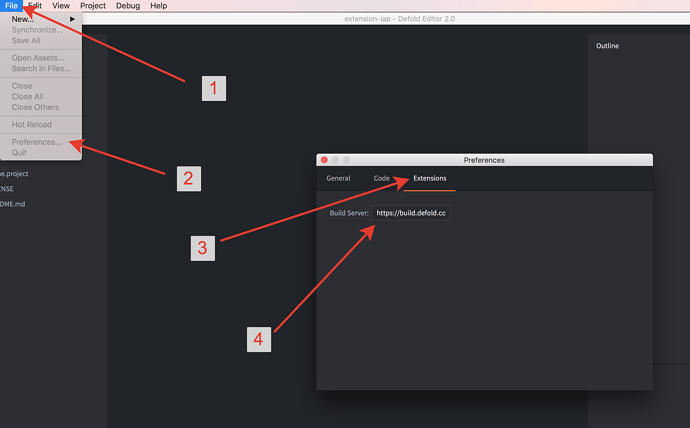 I’m getting a different error when building for HTML5: 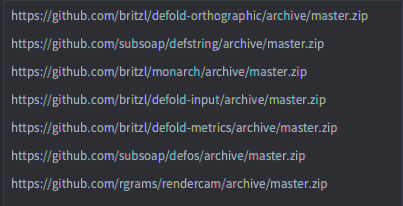 I’ve set the build server correctly, as well as removing the build folder. build/js-web/log.txt attached below.

It builds just fine after removing DefOS, guess the update broke it?

Yep, DefOS uses emscripten.h internally. I don’t know why, but there is something changed related to the Emscripten 1.39.16 update. Maybe @Pkeod or @dapetcu21 might help.

I’m having issues with html5 build too, the app is crashing with just a black screen. Windows 10, I have the correct build server.

I tried to isolate the problem, and it looks like there is also an issue with the Facebook extension (on html5 at least). Console errors:

I get the crash when I call facebook.access_token() in the repro case. Uncomment it and the errors are gone.

I get the crash when I call facebook.access_token()

The crash you shared showed problems with Pointer_stringify, which according to our Emscripten release notes have been changed in Emscripten 1.39:

This is a heads up that we’ll very soon upgrade to Emscripten 1.39.16. It will make the executable a bit smaller (~-13%) using the new llvm backend for Wasm. It will also streamline the development pipeline for our new contributors, and make it easier for us to update in the future. We expect this upgrade to be done in 1.2.170. What you as an extension developer needs to do, is check that you extension works with the new compiler. Our previous version was 1.38.12. If you had prebuilt library …

Pointer_stringify is used in a bunch of places and need to be changed to UTF8ToString: https://github.com/defold/extension-facebook/blob/master/facebook/lib/web/library_facebook.js

It would be great if you could make the change and submit a PR!

Thanks to @GreenArrow, there is now a new release for extension-facebook with support for the new Emscripten.

I’ll fix DefOS and FMOD this weekend. If you need it faster, feel free to submit PRs

Oddly, with DefOS, I was already using UTF8ToString and the issue was what I can only describe as a compiler bug with EM_ASM.

I updated jstodef, not sure if there something else I need to update.