The latest beta is now released, and we invite those interested in beta testing the new features in the editor and engine.
The beta period will be 2 weeks and the next planned stable release is February 3nd.

This is a BETA release, and it might have issues that could potentially be disruptive for you and your teams’ workflow. Use with caution. Use of source control for your projects is strongly recommended.

This sprint we’ve added initial support for Sprite trimming, an often requested feature.
With it, you can minimize the polygon area of a sprite, leading to less overdraw of pixels.

We also fixed a potential issue with respect to ANRs (Android Not Responding) during shutdown of the sound engine. The end users might not have noticed the issue, but our developers have seen these issues in the Google console.

Another big step forward is our shift towards using Gradle for the dependency resolving for native extensions on Android phones. This will lead to easier maintenance and development going forward.

In this first part of the sprite trimming feature, we have added internal support for
sprites made up of more than 2 triangles.

This first step is done in order to reduce sprite overdraw.
The feature allows you to configure an (auto generated) convex hull for atlas images.
You can choose between 4-8 vertices in the hull.

To disable the feature, set all images to SPRITE_TRIM_MODE_OFF (default).

This feature is implemented for Gui as well, but only for box nodes.
Also if the node has 9-slice enabled, the sprite trimming is disabled for that node.

In the future, we will also use this info to pack the textures better into the atlas, greatly reducing the download sizes for the projects. We can then also support external 3rd party file formats.

To use this, add a file in your extension: <extension>/manifests/android/build.gradle
and add your dependencies in it. E.g.:

Since we don’t want to download all android resources from the build server to the client, we instead upload any client resources to the server.

We now perform the manifest merging on the server due to the fact that each android dependency can contain a manifest stub.

In the build folder, after a successful cloud build, we now unpack the entire build.zip, making it easier for you to find the resulting files: executable, symbols, manifest files, resources files and the log file.

Note that the beta builds should use the beta server: https://build-stage.defold.com

What does this mean? Say I have sprite A with Trim Mode set to “Off” and sprite B set to “4 Vertices” in the same collection. Will sprite A be rendered any differently than it would in 1.2.164? Or does it just mean that they will use the new codepath?

P.S.: Sprite trimming crashes for me in Interrogation: https://github.com/defold/editor2-issues/issues/2891

Issue-4566 - Fixed : Doing a msg.post() with nil as message generates an error

It’s not the first time I have this problem, but sometimes I don’t understand at the first glance what was done here, if I’m not following the issue. The link is broken (404) and I can’t figure out what is changed now - is it that this message was an issue and it is now not displayed, that there can’t be nil or is it that there was an error when using nil message and now you can use it and it sends nil? I mean, sometimes I understand that when there was an error described in issue name and you say it is fixed it means that it is not happening anymore, but sometimes, like here, I don’t know what is changed - it would be good to describe in one sentence also what is the current behavior in Change Logs - then the logs would be way easier to read

Correct, in that scenario the the sprite A should use the original quad, but using the new code path.

Thx for the bug report!

Yeah, we try to keep the messages as clear as possible, but that is usually also within the context in which it was created, in this case a bug report from a user.

The link points to our internal issue tracker, and I forgot to remove it, for this reason.
In this particular case, it originally came from here and I should have used that link instead. This is basically exactly why we wish to use only 1 bug tracker, not two.

Note that the beta builds should use the beta server: https://build-stage.defold.com

Do I have to set it somewhere? 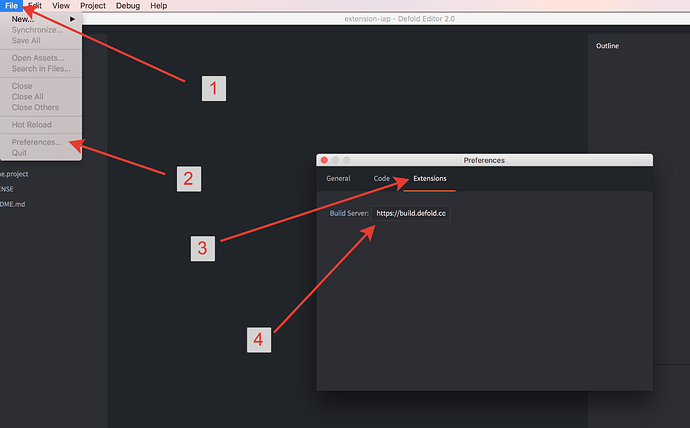 Thank you for your response! Then would the choice be internal or external?

In this particular case we have changed so that it is no longer possible to pass nil as receiver when doing a msg.post. Doing so will generate a Lua error.

Awesome! It doesn’t crash now, but the coordinates are not correct either: https://github.com/defold/editor2-issues/issues/2893

Can I help with some tests in my project, or do I just have to wait for new extensions?

(Note that you do not need to add the base extensions anymore. The read me file will be updated to reflect this once 1.2.165 is released)
We need @sergey.lerg to update his extension with a gradle file as well (or if you fork it, test it and submit a pull request yourself).

I am getting an error when trying to build for iOS.

Creating the directory manually doesn’t help. What to do?

I’ve tried to modify @sergey.lerg’s admob-extension, but it is not clear to me what dependencies to add in build.gradle to make it work properly