The evil Dr. Lunacy has stolen all the zoo animals and scattered them throughout time! As the zoo-keeper, you undertake an adventure through different time periods and return the animals to their rightful place in the present.

TimeKeepers is a pixel platformer inspired by Ape Escape, Timesplitters and any number of other modern pixel platform games. It is currently early in development with some basic mechanics still to be finalised.

The set-up is a background for allowing varied environments and a simple but hopefully compelling story. Each time period has it’s own graphic set and hazards. I may also include a unique item that can be found and used within each period e.g. a grappling hook or similar. It’s not a Metroidvania as such because I want the player to have access to all the the time periods and play them in any order they wish. Non-linear implies certain design constraints.

Right now, some of the games basic groundwork is done and working well. Previous platformer games I’ve made were not well optimised, with the entire (big) level running all at once, most of it off-screen. This time there is a zoning system which greatly cuts down the size of area the game is handling at any one time. It also allows for scrolling areas as well as static rooms. I can lavish detail and game objects throughout the game without worrying about performance. 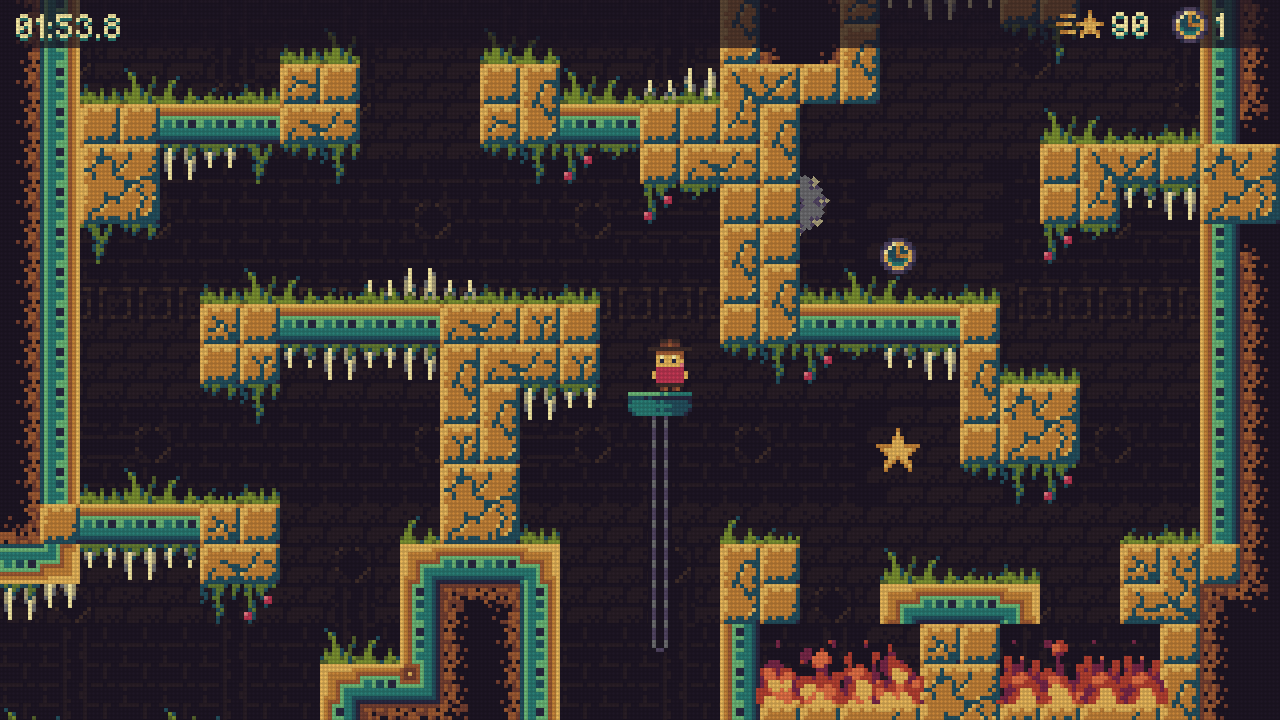 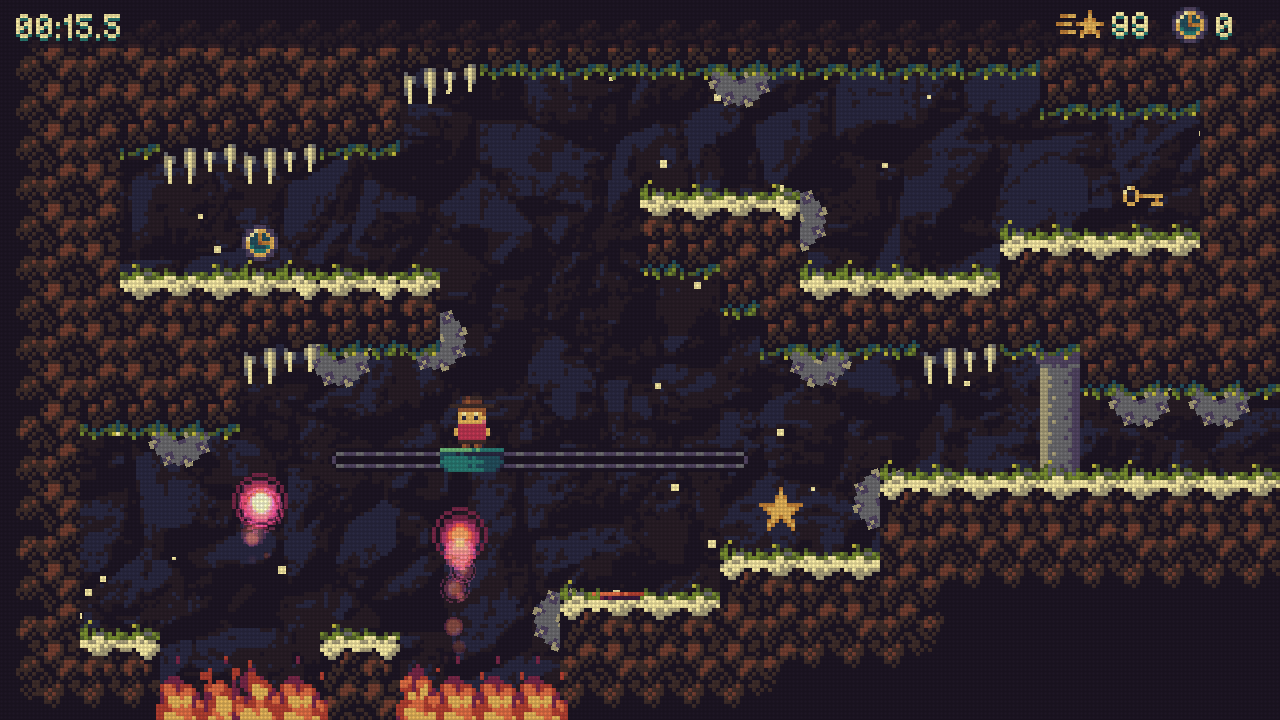 Short update this week as I’ve been working on lots of small fiddly things:

In the coming week I want to get one complete area of the game done and also get the mechanics for the beginning of the game working - a lot of the story-telling happens here and sets the scene for the whole game until near the end. 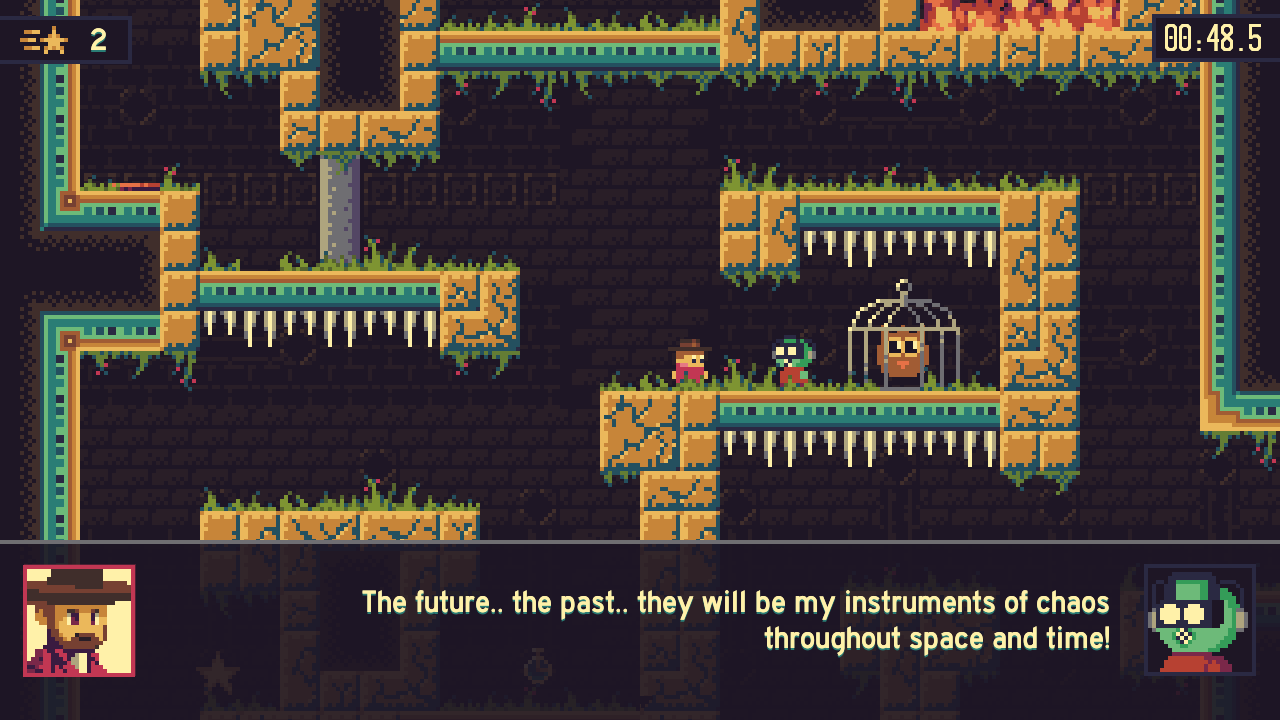 It looks really adorable! Are you going to do a playtest?

Ohh interesting, is there any way to join?

Ohh interesting, is there any way to join?

Not right now, it will be organised when it’s needed next year sometime. The game is currently a looong way from beta!

Work progresses on TimeKeepers, mostly grinding through content creation at this point, which looks to continue for some time. 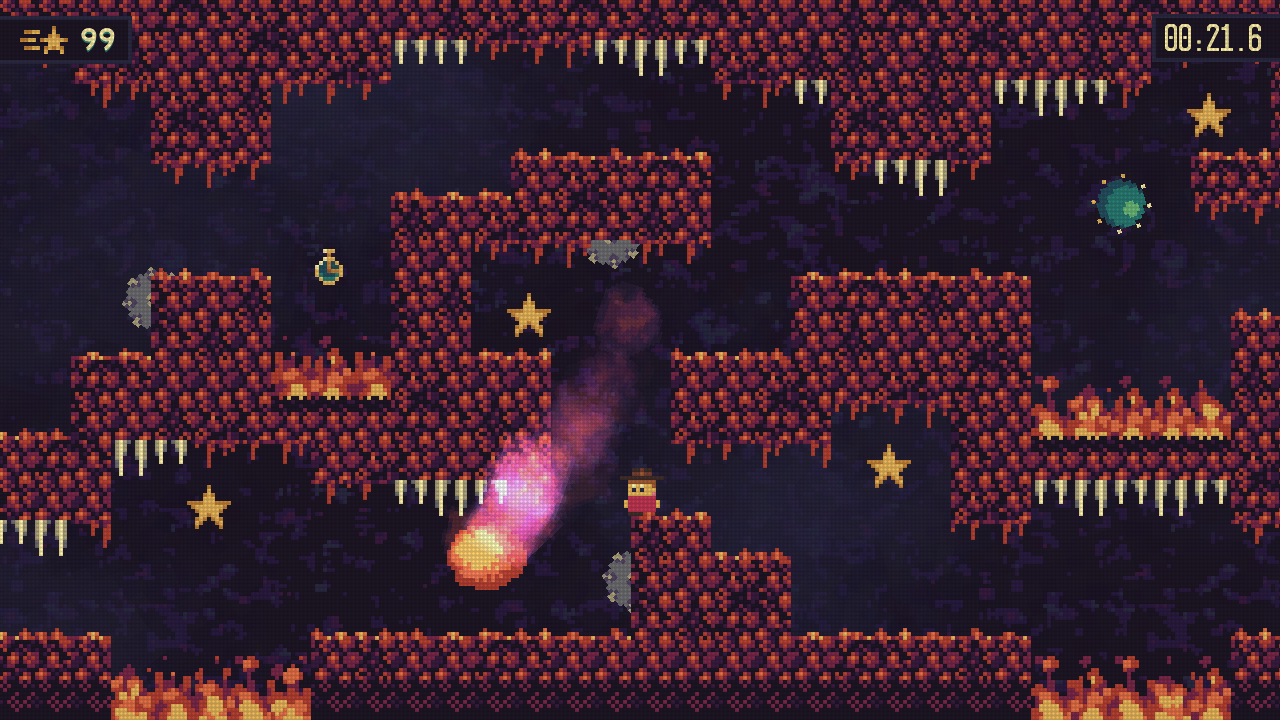 Nice! I see you’ve added a CRT filter of some kind?

I see you’ve added a CRT filter of some kind?

Yes! I like them but some players don’t so you can turn it off in the settings.

The short delay when picking up an item makes me think of rayman legends. The way you pick up coins (very nice collectible) is really interesting and you could take some inspiration from there :3

Nearing the end of quite a slow week here, I’ve been trawling through my back catalogue searching for inspiration. I found a few things I’d like to revise and improve and stick them into the new game.

That looks so cool already. My hands are itching to play this! Are you planning for a Switch release as well?

I’ve been trawling through my back catalogue searching for inspiration

This reminds me a bit of Rick Dangerous, an Indiana Jones “inspired” game on the C64 and Amiga. May be worth checking out! 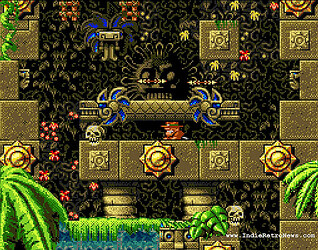 Are you planning for a Switch release as well?