Hi there Defold forum, you guys are the best im Albert from Digital Game World so i recently started developing this game (sorry im a total noob a programming in Lua so forgive me if my questions might seem dumb) any the game is called tap whizzard its supposed to be a 2d leveled and endless runner centered around tapping to maneuver obstacles i split my first theme Forest into layers and and programmed each layer to have a different speed for my parrallax effect but i ran into a problem yesterday for the endless part i want the background, big trees, tree, floor , and front grass to increase their scroll speed depending on how much time the player has been playing but im having issues achieving that can anyone help me (please im new and still learning Lua and Defold) here is a screenshot of the game. 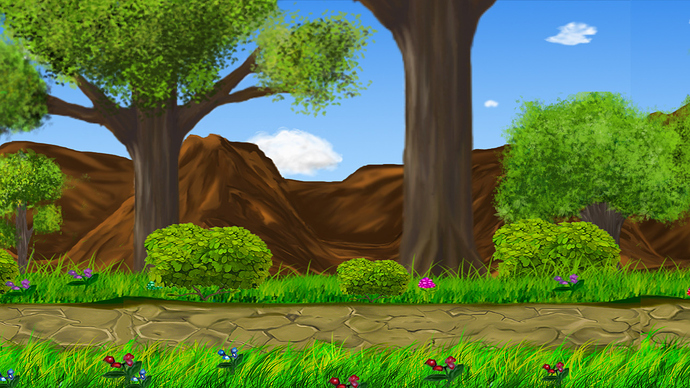 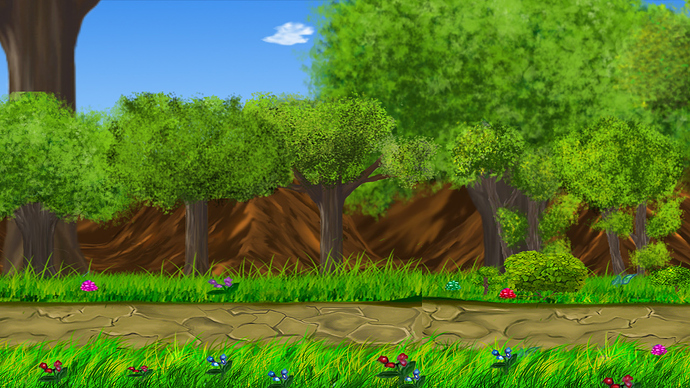 Let’s say you save it in the ‘main’ folder, as “game_state.lua”…

In any script you have that moves things relative to the ground speed, require this module and use M.speed to multiply the speed you move things.

Something vaguely along these lines:

Then in any script that requires the module, you can adjust the game speed by modifying the speed multiplier, for example:

That’s one way to do it without modifying your existing code much. If I was doing it myself, I would swap things around a bit: store the base speed in the module in pixels/second rather than a multiplier, so it would be more intuitive and accurate to change. I would have one script for moving stuff with a “parallax depth multiplier” script property (default to 1) to control each object or layer’s parallax speed, relative to the ground speed.

Now that I think about it, game_state.playerSpeed or game_state.cameraSpeed would probably be clearer than just game_state.speed.

[Edit] I didn’t quite answer the original question…I would have one script (maybe your player script, or some game state manager script if you have one) that modifies game_state.speed. If you just want to smoothly increase the speed over time, just do something like this:

That way it would accelerate on a curve, if you want it to be linear then it would be much easier if game_state.speed was in pixels/second, you could just do:

Thank you for replying but the layers are not accelerating still

I created a module using the

and used local game state = require “main.game_state”(that’s the name of the LUA module I created) to call the module for each layer followed by

but the floor stopped moving entirely

Let me explain my game logic as of now so I created 3 different images: Bg 1, Bg 2, Bg 3 same thing with my floor layer too: floor 1, floor2 floor 3 and foreground grass also: grass 1, grass 2 and grass 3 apart from my trees which were 11 total anyway I created different collections for each layer floor.collection, tree.collection etc and each of the collections had a script like so:

Eg the floor script was:

Is this code copy-pasted? Do you get errors in the console? You have multiple typos which should all cause errors or crash. You capitalized ‘local’ in two places. You define ‘post’ but use ‘pos’ (mostly). You don’t have the ‘do’ after ‘for’.

Otherwise, the example line I gave should work:

(Replace ‘mySpeed’ with ‘self.speed’ of course, to match what you have already.)

So the only change you need to make is to multiply by ‘game_state.speed’, so the movement is affected by your module setting.

so with any script i want to use the module on i should
local game_state = require “main.game_state”

Yes and No. That will not be your entire script, you can keep what you already had and should only need to modify two lines:

Add: local game_state = require “main.game_state” to the top of the script. Requiring the module is the way you gain access to it, otherwise you would not be able to use it, ‘game_state’ would not exist in that script.

Does that make sense?

Sorry i haven’t replied in quite some time im taking my Grade 12 exams so i have been busy so at the end of the day what you said made lots of sense and it worked i put the “require” at the beginning of each script and added * game_state.speed then declared my
local acceleration = 0.01
also at the top of the script so this is what my script looks like:

but since this part of the game is endless i noticed something when the floor accelerated the faster it became the more the gap between the newly spawned floor image and the previous batch like so: 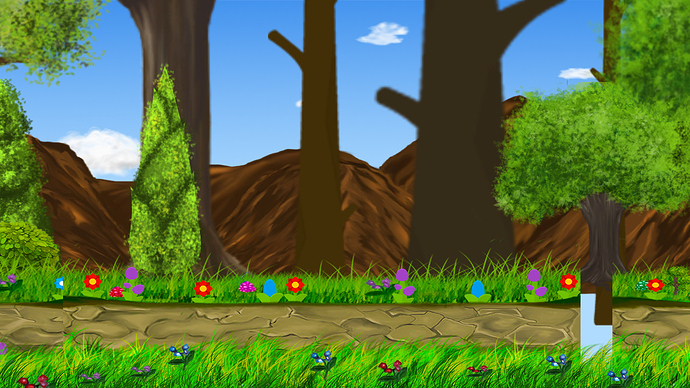 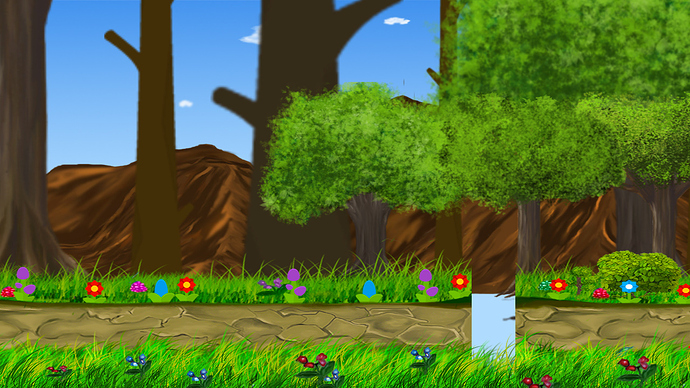 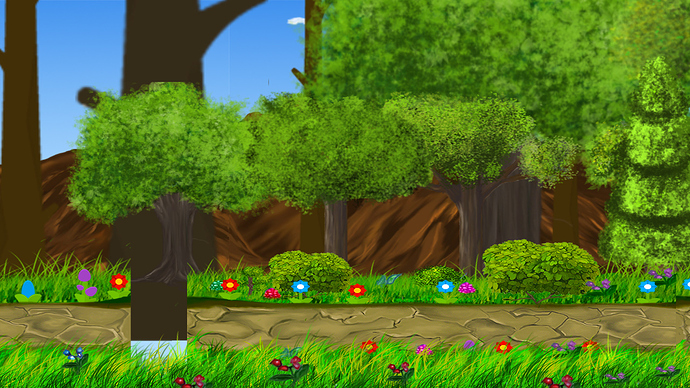 I was just making a suggestion, I use a different approach, but in my experience the gap you are getting is due to applying in an incorrect moment the parameter dt, that is why I suggested to change those lines.

Again, it is only a suggestion because you are the only one who knows the logic in your game.

Or you can try and post the whole project so everybody can look at the code and give you a better advice.

Not 100% sure if it’s causing this problem, but you are modifying game_state.speed on every update for every piece. That means it’s actually accelerating 3x as fast as you set it to, and each piece is getting a slightly different speed. I recommend changing game_state.speed in a completely separate script so you can’t make this mistake.

So i going to create a new script for game state speed so how can i make it to pass that message to the other floor,bg,tree scripts or should i use a module instead

Here is the project in a zip file sorry if somethings might be messy im still on alpha development
Tap Whizzard.zip (4.9 MB)

Ooooh, you are right @ross.grams

Thank you very much this worked 100% God bless