Everybody loves Editor 1 because Editor 2 is coming so soon. Editor 2 is based on Clojure and we’re working hard to have feature parity between two editors, so you can switch eventually. We’ll be busy adding new features and enabling Editor extensions after we feel Editor 2 is stable enough.

We’ll keep updating this thread with more updates. And we expect to ship a public beta sometime soon after the GDC. It probably won’t be on par with Editor 1 just yet, but we’re working very hard on it.

What did you think about this Defold Editor 2.0 (some idea are good (like the line for align object) and i love dark theme and colored syntax (sorry but it’s better for my old eye when i code :p)) 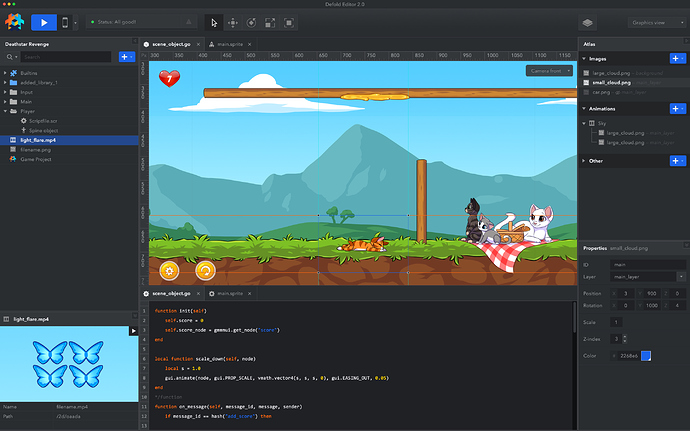 I just waiting for some Teaser and Roadmap

I am really excited for Defold 2.0

Nice find! Here are some screenshots from it… 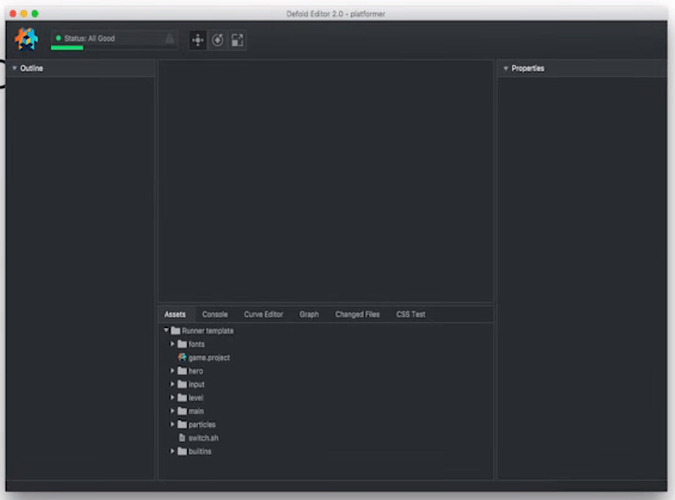 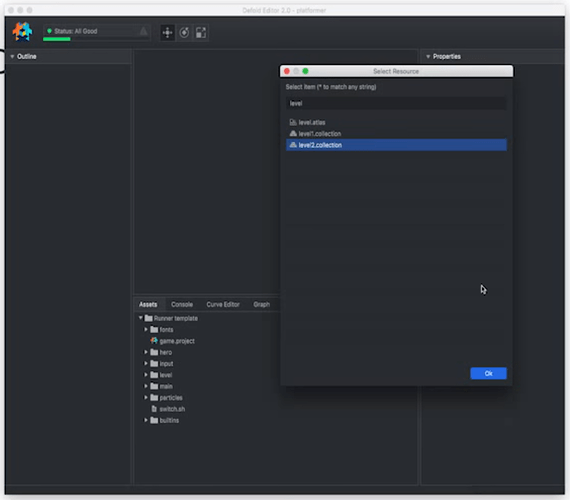 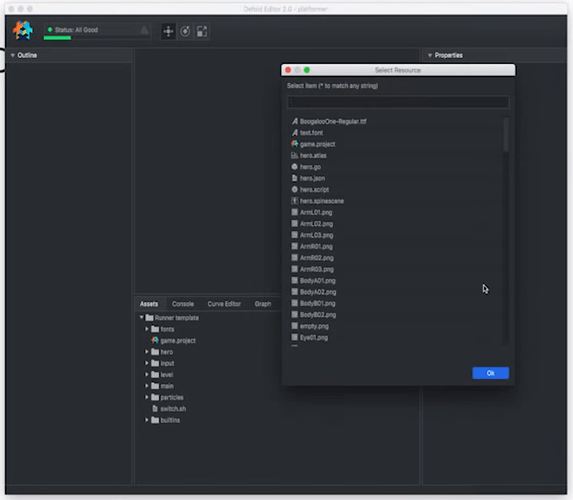 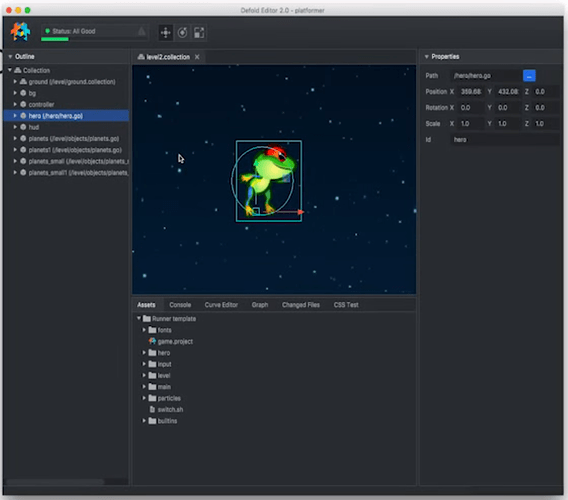 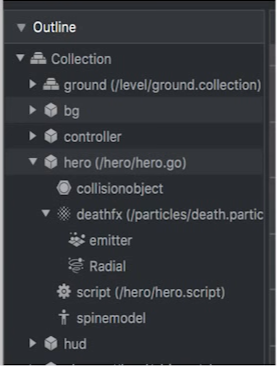 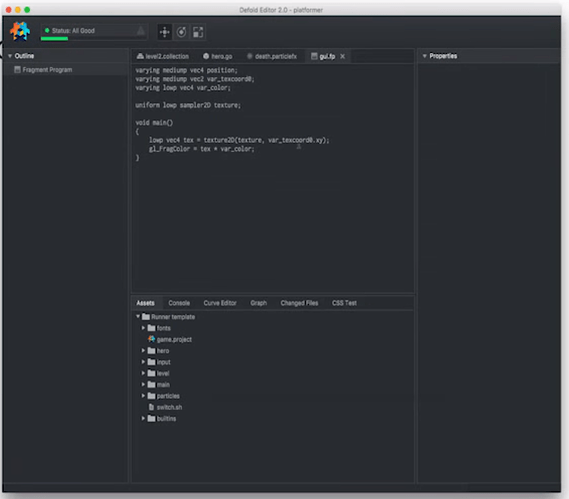 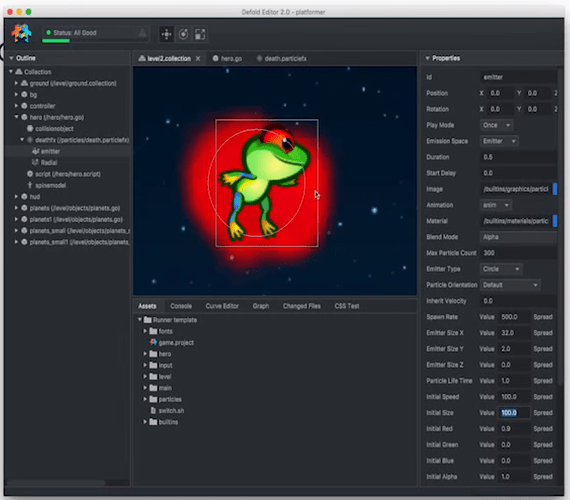 Written in Clojure with help from Cognitect! Functional programming for the win!

I heard a rumour that if you rearrange the letters in"Defold Engine 2", it becomes “Half-Life 3”. Coincidence? Unlikely.

Is there any ETA for this?

I look forward to this release.

So what kind of time frame are we looking at for v2 of Defold?

The reason I ask is that if there are big changes, any tutorials that are created now will be made obsolete when the new version comes out.

As someone who makes tutorials for a living, this kind of “gossip” is worrisome. (Although the geek in me loves new stuff!)

Defold 2.0 will be (for me) a major Editor Update.
New UI, more flexibility and more open (ability to dev and add plugin) for open the engine with other SDK (admob, ect…ect…)

I don’t think thier will be to much change for the API.
So if you code sample/tutorial i’ll be only screen capture (for only noob/stater tutorial, add sprite ect…ect…)

But the main problem after all, that their is no ETA, no Planning or Trello Bord about Defold evolution, futur ect…
(and well the same for bug tracking)

Hey! I really love this thread. I’m responsible for making Editor2. We’re really trying to get it done as fast as we can, but because of the amount of RnD it has required, it has been really hard to estimate when it will be ready. Many of the problems we have faced have been “ungooglable”. They have certainly been the hardest challenges I have faced in my entire career. In december 2014 (when I was happily unaware of most of them) I firmly believed we would see it being released in june 2015. So I’m basically unable to say when it will be ready for external production usage. However, it has come a really long way at this point. Some bigger things we have left to do are:

This is not a complete list by any means, there will be significant work required in testing, verifying, “polishing and packaging”, bug fixing, etc. But we are certainly in the “end phase” of making it. I would hope to have it out in 2 months, but it might take 6. I would have given you a better answer if I could. Like @ThunderZ said, it will mostly be a visual change at first, not really a major change in UX, like where you go to add things or how you put things together.

Thanks for that, Ragnar - I understand how trying to give a release estimate would be almost impossible. I’ve been in software dev long enough to know that release dates typically have more elastic than the waistband of my sweatpants.

I’m going to “roll the dice” and go ahead with a Defold course. I have to finish recording a Unity course this week, but then I’m going to dive head first into Defold and go for it.

That’s great to hear, I’m really looking forward to check out the course!

Since this is in fact a gossip/teaser thread and as a tiny way of saying “sorry for the delay”, here you go… 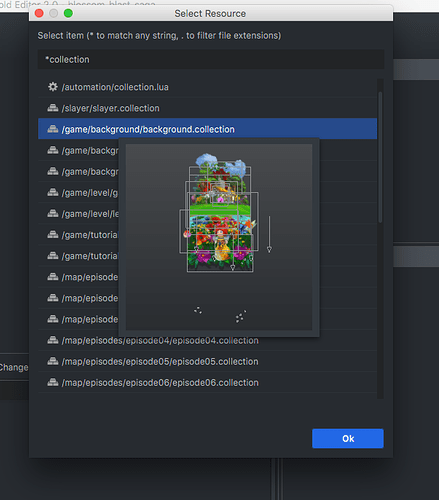 Wahou preview on fly, very nice feature.
Can we have a classic folder view/selection too.
Because when you import asset for exemple in atlas, this is a bit long to select thing with name.
(or better the ability to drag and drop ;))

After thx you very much for this share, exellente feature

I finally got my hands on a UHD laptop and discovered that Eclipse / the editor doesn’t support high DPI and had to use a workaround (here) to get properly scaled but rather blurry text.