The latest beta is now released, and we invite those interested in beta testing the new features in the editor and engine to join now.

The beta period will be 2 weeks and the next planned stable release is two weeks from now.

FIX: (#6642) Only copy Android native libs for the bundled architectures

FIX: (#6549) Early out of render script if window is minimized

FIX: (#6602) Fix for looping out of bounds when generating render batches

Don’t scroll to selection unless it changed

Thank you devs, this is indeed a tad annoying.

My Witchcrafter project immediately crashes (and crashes every time I try, also after restart) in Editor after update to 1.3.4 beta (from 1.3.3. beta)

Inside it a call stack

Do you have some debug symbols as well?

I shared everything with you @britzl, here’s the link too: Defold_134beta_crash – Google Drive

I don’t see any debug symbols in the zip file you shared. I assume that you are using native extensions? In that case I also need to debug symbols for the build. You should have an unstripped version of the engine in .internal/x86_64-linux/build.zip (dmengine_unstripped) .

Yes, I’m using DefOS. I removed the extension from the project, but the crash happens regardless.

One additional thing I noticed is that it might be related to GUI, the game itself starts (some script’s init functions are performed and it stops in gui init):

I can’t find the directory .internal/x86_64-linux/build.zip, where could it be?

Neither find, gio nor tree doesn’t list such category anywhere too, was searching in ~/.Defold too, even from /. The dmengine was compiled with some debug symbols though, I think:

I will do tests on Windows today too.

EDIT:
Tested on Windows - it crashes too

I added Defold_Windows.zip with contents of AppData/Local/Defold to the drive shared above

Did you include the “.dmp” (for windows) file in the crash report too?

I included everything that is in folder showing after I click “Show Logs” in Editor (C:\Users\Jarosz\AppData\Local\Defold) - is this where .dmp files should be? I can’t find it

Other projects are working so far. I checked out the new profiler and it looks like it has no information being there previously (those about assets loaded, collections, etc) - is it intended? 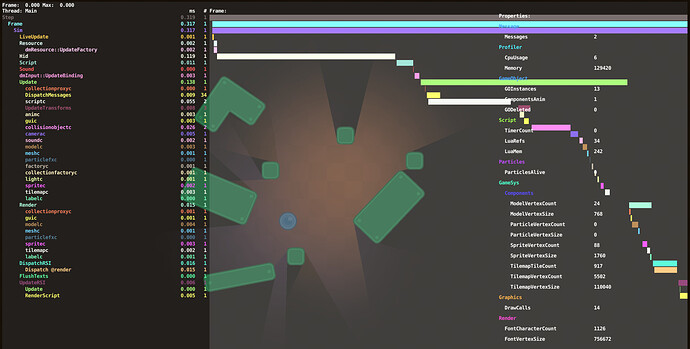 Also, with ~1Hz it shows data for Thread: liveupdate - is it also intended?

It is all new, so I want to get familiar with it

Not sure about the assets loaded. I can look into it. If it’s a regular counter property, it should show.

As for the flickering, it’s not something I’ve noticed before. I can lock it down to always show the Main thread (since it’s the most commonly used one.)

Remember, that the best UI for the profiler is always going to be through the HTML page: “Debug → Open Web Profiler”

The .dmp file ends up next to the “_crash” file.

Remember, that the best UI for the profiler is always going to be through the HTML page: “Debug → Open Web Profiler”

There it is! Working smoothly 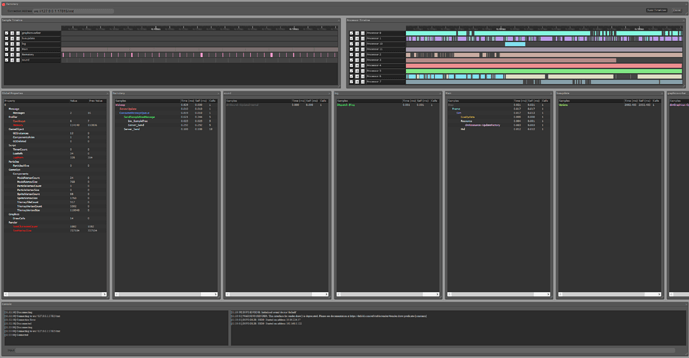 The .dmp file ends up next to the “_crash” file.

Ahh… Ok, there is no crash logged on Windows unfortunately, there is only a pop-up, saying that the dmengine.exe stopped working, (Correct work/processing of the program was stopped because of a problem. Close the program): 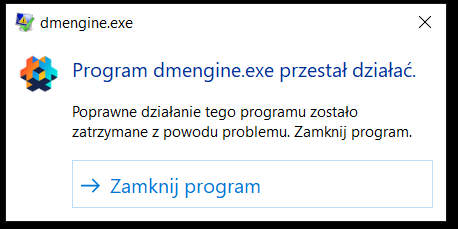 Nothing prints out when I run it from git bash console nor command prompt:/

Perhaps you can supply us with a small repro case project?

I will send you a DM with the whole zip