We are hosting a Web Monetization game jam

We’re inviting web game developers across the world to join a month long Web Monetization game jam, starting on the 1st of November. We hope you’d like to join. Learn more here:

The Defold Foundation is hosting a Web Monetization game jam

The Defold Foundation is inviting web game developers across the world to join a month long Web Monetization game jam, starting on the 1st of November.

Or go straight to the itch.io jam page and sign up: 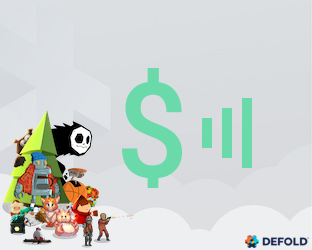 A game jam from 2020-10-31 to 2020-11-29 hosted by Defold Foundation, JCash & britzl. The Defold Foundation is hereby cordially inviting you and your fellow web game developers across the world to join the month long Web Monetization ga

This will be my 2nd jam and the first time as part of a team. I’m so looking forward to this!

Great, looks like fun! I’ve never heard of this Web Monetization method, so it was an interesting read. I really appreciate how there have been two Defold-related game jams within the passed few months. These are always a good time and I like seeing what others have created. I’ll be joining this one for sure.

Great idea! Definitely helps that the dates overlap perfectly with Github Game Off 2020.

How exactly should WebMonetization functionality be showcased though? It won’t be reasonable to hide content behind paywalls for game jam playtesters…

Or is there some sandbox/debug environment so that people can connect sandbox accounts and use fake money?

How exactly should WebMonetization functionality be showcased though? It won’t be reasonable to hide content behind paywalls for game jam playtesters…

Or is there some sandbox/debug environment so that people can connect sandbox accounts and use fake money?

Good question! Web Monetization is still something quite new and unfamiliar for game developers, and it is yet to be standardised at W3C. I personally believe it is a promising way to to replace ad monetization in games.

So, if you keep in mind that it is new tech and not established among game developers there is also not a lot of best practices. Web Monetization has been a new competition category in the two latest JS13kGames competitions and in their recommendations they suggest something they call the 100+20 rule:

“To fully utilize the platform and offer unique experience to the paying subscribers, the best way is to add extra content to your entry for them. It can be as simple as adding more points to the final score, or more advanced like bonus items, levels, or game types.”

So rather than taking away from the experience of the average non Web Monetized player you give something extra to the Web Monetized player. If the extra content is new skins or more levels or a new game mode or something else, well that is for the developers to think about in this competition. These additional perks are hopefully enough to convert a player to set up Web Monetization themselves.

Developers and players wanting to try out Web Monetization can follow the setup instructions to try it out on their own. We will be looking into ways in which we can share promo codes for a free month at Coil to test out Web Monetization. I’ll get back to all of you on this as we draw closer to the start of the game jam.

Does the Defold Foundation have a web monetization address setup? I would rather donate to have all payments go there if I participate with more web monetization experiments (I donated everything past experiments made entirely to the XRP Tip Bot). And for others setting up the accounts is a little more trouble than it’s worth.

We are looking forward to making the web monetization to be an standard api.

Does the Defold Foundation have a web monetization address setup?

Indeed we do. Our payment pointer is:

I’ve been reading up on how Coil and Web Monetization works. Made a GateHub wallet and got everything up and running. Gotta say, wow this is innovative. I wonder if this type of payment system will catch on? If so, it could be an effective replacement for donations services like Patreon. It’s totally hands-off and does all of the money routing automatically over Interledger.

Here is a random decent article on the system that’s worth a read: https://coil.com/p/kenmelendez/Patreon-vs-Coil-Which-is-Better-/XsdwIYXRi

I’m surprised this is the first time I’m hearing about any of this, especially considering it’s becoming a W3 standard. I don’t know of anybody who uses this technology. What do you all think? Is this something that might catch on in the future?

I’m also hoping that this will bring some money to newspapers, so it’ll be easier to read articles on papers you don’t already subscribe to. I think we need better/more accessible journalism these days

This week we announced our first two judges:

Learn more about our judges and sign up for the jam here:

The Defold Foundation is inviting web game developers across the world to join the month long Web Monetization game jam.

This looks super exciting and I hope to be able to participate, however, I am confused on how to implement a feature like web monetization. Is this a library extension that needs to be included, is it a plug in? Are there any Defold specific tutorials that are recommended or open source projects using web monetization I can dig through?

Are there any Defold specific tutorials that are recommended or open source projects using web monetization I can dig through?

On the topic of WM, I wonder how resilient this payment structure would eventually be to deplatforming attempts such as in regards to legal adult content (like Patreon allows, but Stripe does not). The only current provider Coil says it is limited by https://stripe.com/restricted-businesses https://help.coil.com/general-info/terms-of-service but since anyone can use your payment token without your authorization (I think) it seems hard to police that / generally tricky since someone could use your token just to try and get you banned from having your token addresses work or whatever? Or like Coil itself would blacklist certain addresses from getting payments from them. Seems tricky, I’m sure there is some discussion somehow about it.

If web monetization was resilient I could see it gaining mass adaptation through adult content that exclusively monetizes with it but if the foundational services disallow adult content that is a big self-hamstring… most successful tech on the net was initially boosted by adult content like it or not, most innovations on the net were funded through that kind of content.

Obviously games are another important way to encourage adaptation, but it is secondary to the real driver.

The main site has web monetization setup but not this forum. That should be fixed so the forum has the Defold Foundation token setup too since it is where people will spend a lot of time.

@britzl do you know if Coil coupon codes will be available for participants?

The extension also highlights how easy it can be to fake web monetization (it’s setup only to run in localhost, but that is easily edited by bad actors to have an extension which can work on any site) for sites which do not verify payments https://webmonetization.org/docs/explainer/#flow-overview this people would want to do on their backend server to verify payments for sure if you have a serious service that needs something more than the honor system.

@britzl do you know if Coil coupon codes will be available for participants?

I’m working on that!

Or like Coil itself would blacklist certain addresses from getting payments from them. Seems tricky, I’m sure there is some discussion somehow about it.

Privacy is an important aspect to consider when discussing web monetization! You don’t want Coil or anyone else to know which sites you visit. This is solved by something called wallet-side and sender-side privacy which is discussed in this blog post:

Coil's extension is with you wherever you go on the web. The extension looks for sites where Web Monetization is enabled, and tells Coil to send micropayments. The whole process happens without requiring any user interaction. Extensions

I’ve got an idea for a web monetization game. Anyone feel free to use this. The game could be setup like a code golfing challenge with an initial size set. Then, each amount donated (maybe like $0.25 or $1.00) would increase the project limit (for the output binary) by 1 byte. A website could be setup to show the donor which contributed each exact byte in the output project for showcasing.

This week we announced our first two judges

Next in line as a judge for the competition is Joep Van Duinen, Head of Game Developer Relations at Poki.

Meet Joep and our other judges and learn more about the competition here: https://defold.com/web-monetization-challenge-2020/#judges

🔥 Introducing PayTrackr - an easy way to keep track of all your micropayments!

Currently, web monetization providers doesn't have a feature to show subscribers a breakdown of where...

A cool thing about PayTrackr is it can show the $ amount paid to a site on the bottom left corner of the page. 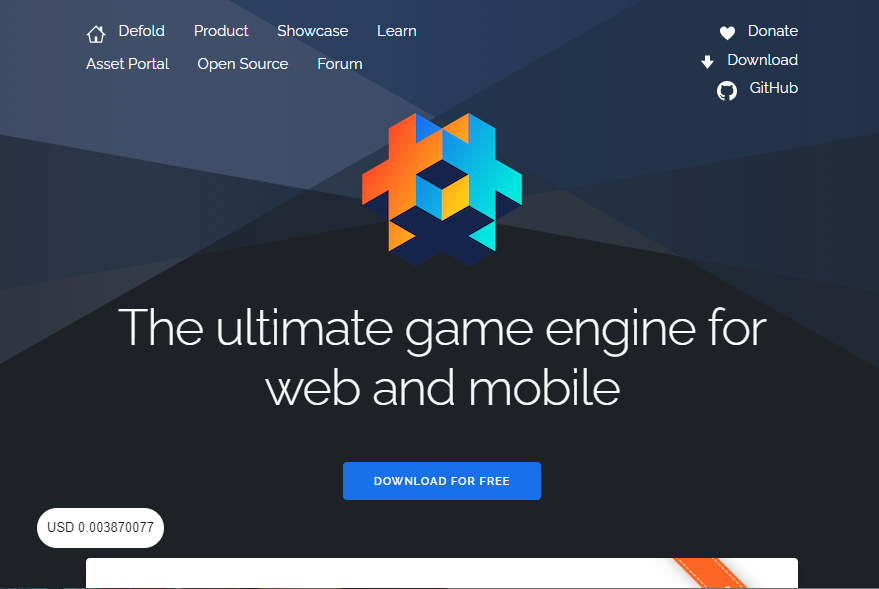 🐶 Akita: Get Involved in Web Monetization With or Without the Price Tag

Web Monetization is an exciting new concept! It's paving the way for a more open, fair and inclusive...