Little to report this week; other things have intruded on development time.

One thing of note is work has continued on the dreadnought type craft. These are large slow-moving enemies covered in little gun turrets that spit tons of bullets at you. These turrets can be shot off one at a time or the overall craft blasted repeatedly until it finally explodes. This was my first time working with nested game objects within collections so it took a minute to get a handle on that technical stuff. It’s all working nicely now and as ever, Defold offers an elegant solution to the challenge.

90% of the game structure is complete… content is maybe 25% complete so lots more to do on that.

Next week I’ll be looking at the intro for each stage, maybe launching the player craft from a mothership or similar. Usual shmup tropes.

I may also add a loadout screen before the launch sequence begins: let the player decide which power-up they want to use for that stage. 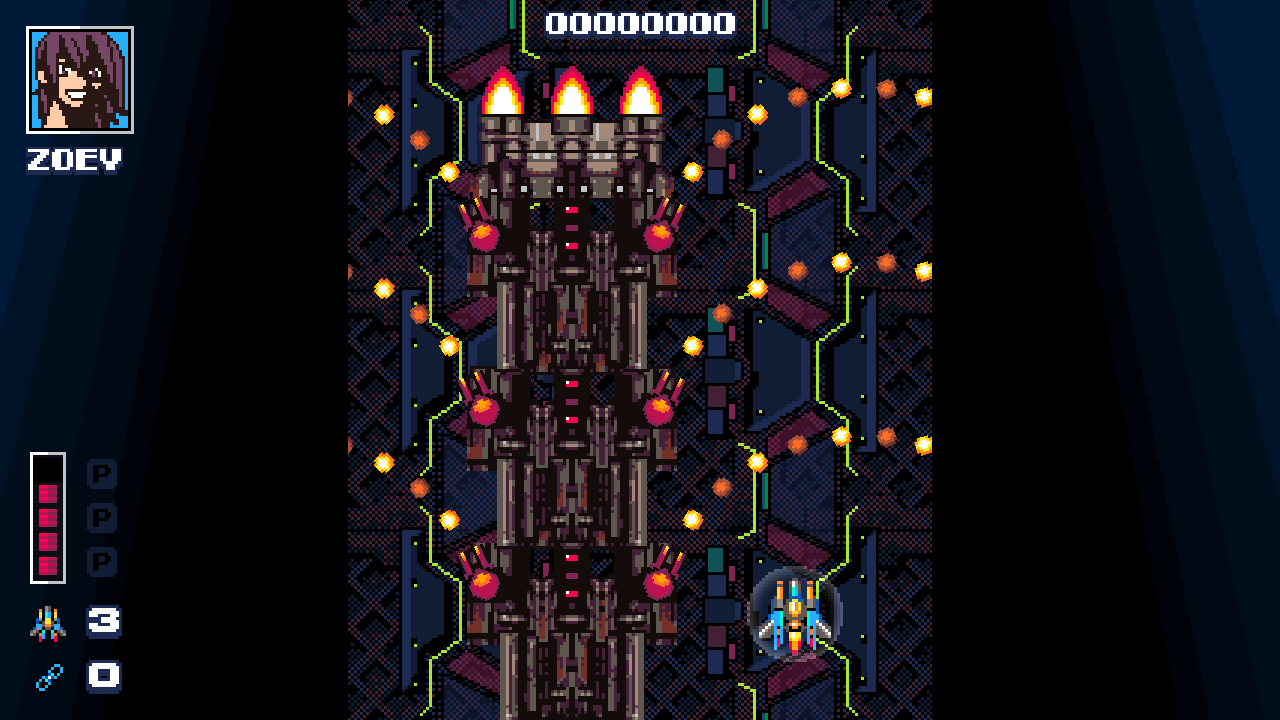 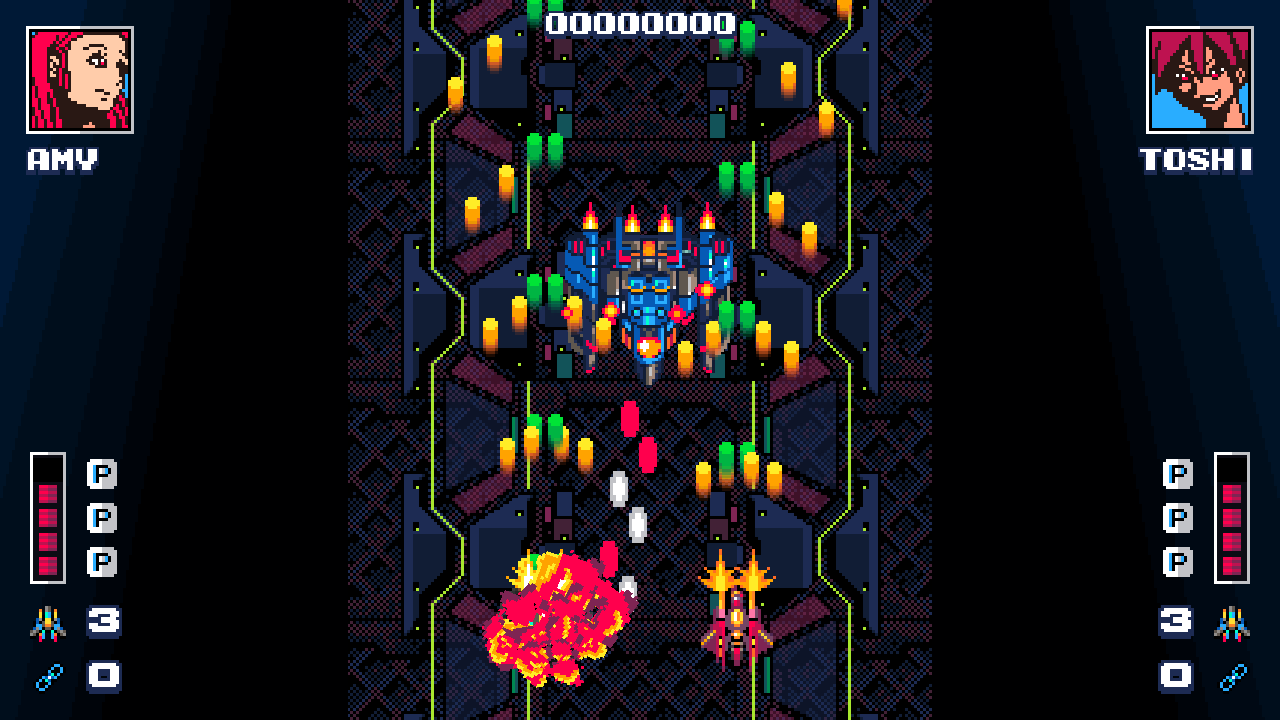 You shouldn’t be too hard on yourself. Tameshi looks great! Can you give an example of a shmup that you really like?

I’m still undecided about how to implement power-ups - whether to have a load-out screen, shop or something else

Adding a shop where the player is given a choice of what to upgrade might be hard to balance, but personally I like some kind shop or load-out screen because it allows me to buy upgrades that suit my needs:

One of my favorite DOS games Raptor: Call of The Shadows is a SHMUP with a shop. It is for sure imbalanced lol. Mainly because you could earn enough cash to skip so many sub-par items and go right to better items without needing to do progression between. It was my first experience with that kind of shop gameplay back in the day.

Many games gear shops toward simply doing stat upgrades. I recommend not doing that, it’s boring. Instead look into what Raptor did, but try to solve it design problems. For example, it could be better to treat those other weapon unlocks as a kind of progression tree where you need to achieve various objectives with previous weapons before you can unlock later ones as options. That adds extra progression based meta achievements, and it can make people feel like they earned becoming more powerful. The same things can be done with utility items. Like shield goals could be to not be hit more than once in a mission to advance its progression to the next goal, another goal could be to use the shield as a weapon against damaged foes which no longer can damage the shield.

For example, it could be better to treat those other weapon unlocks as a kind of progression tree where you need to achieve various objectives with previous weapons before you can unlock later ones as options. That adds extra progression based meta achievements, and it can make people feel like they earned becoming more powerful

Can you give an example of a shmup that you really like?

So many to choose from! I think R-Type was the first game that got me interested in shmups back in the late 80’s.

Cho Ren Sha 68K is the main inspiration for Tameshi, and that’s quite an old game too. Bangai-O was a favourite on the Dreamcast - more bonkers stuff from Treasure.

Zero Ranger is one of my favourites of the current gen and there’s a new cool looking game called Z-Warp which has a style all of it’s own. Many more I could mention!

Yeah, that’s a classic for sure! I used to play a lot of shmups on the Amiga, but most of those were horizontal and not vertical (Silkworm was a favourite since it had a nice co-op mode). Xenon 2 was a pretty nice vertical one though. And it had a shop: 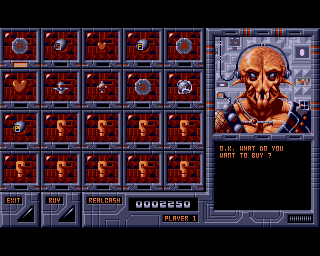 One game I enjoyed but haven’t played that much is Ikaruga on the Gamecube. It has a great visual style.

Tameshi continues to evolve, mostly for the better. 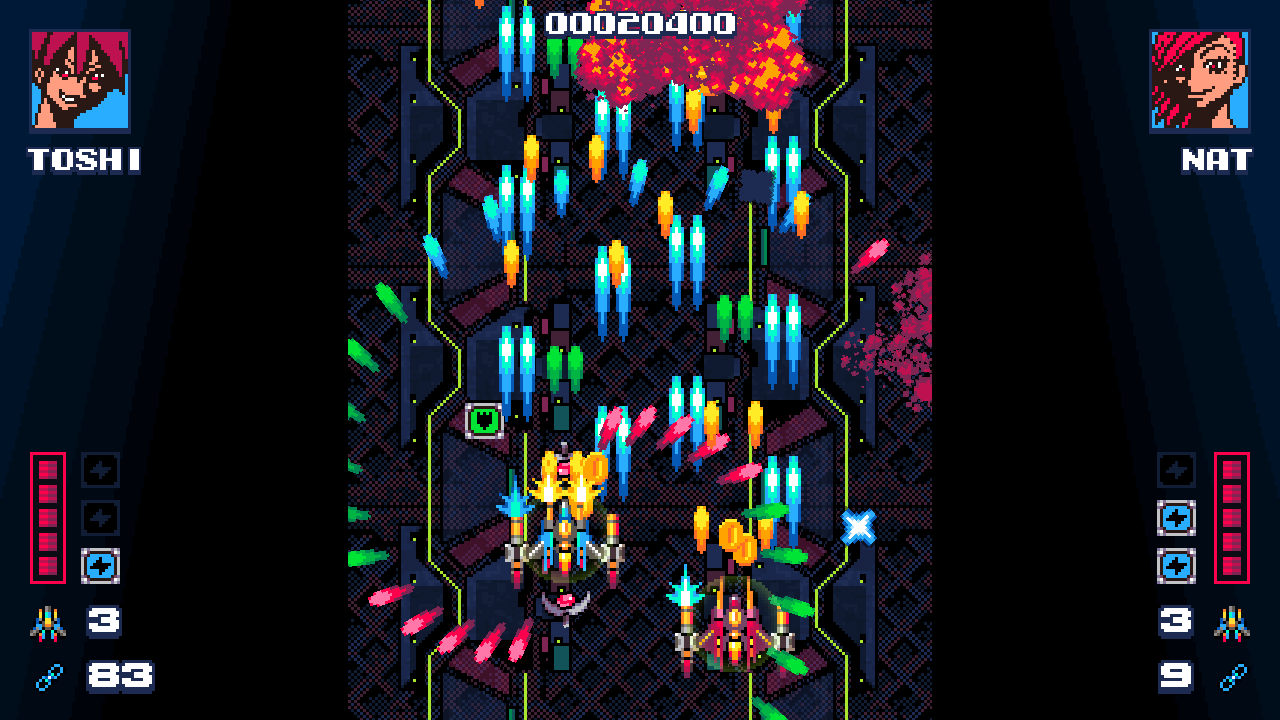 I’m currently working toward releasing a demo on Steam. This will be the first stage of Tameshi in a reasonably polished form and will showcase the main features of the game. And also: 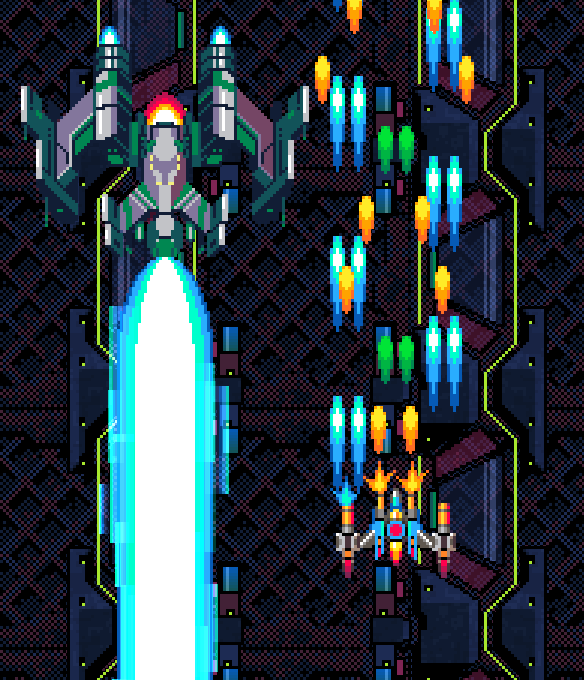 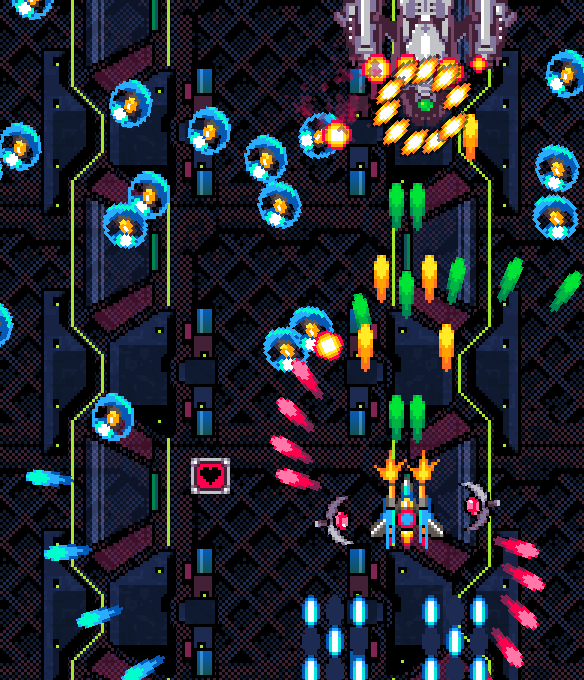 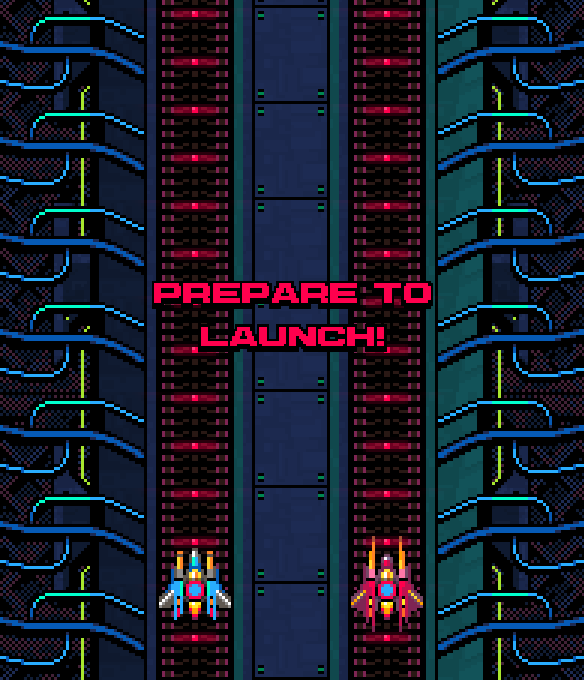 Are you going to be participating in Steam Next Fest? I assume that’s what the demo is for. If not, you definitely should.

Being a spine animator I can tell you that using DragonBones with current release of Defold and Spine extension is going to be HELL. For one DragonBones puts everything into 1 skin, so you completely lose out on skinning which is half of the use of it. 2 it exports in a hacked way to a spine version that is VERY outdated and will give you callback errors. 3 we are using the spine RUNTIME anyways, so technically you are bound to the contract either way, regardless if you use spine to build it or export it from DragonBones. $69 for the essential spine should give you everything you need for the ship, I don’t see any need for Mesh transform or IK. If you want any input or help with spine just hit me up.

Ah, that’s disappointing to hear. I remember some years ago reading on this forum about the issues of using Dragonbones. I kinda assumed they’d have fixed all that by now. Never mind, it’s far from an essential item on my list.

If you are using the newer versions of Defold with the external extension-spine it will cause more problems than it is worth. Versions before spine was moved to an extension will work as intended. If I had more time, I would make a DragonBones extensions the same way spine is done but I’m tied up as one of our projects has caught interest in the NFT Play to Earn realm.

If you’d like to help with the testing or just play the demo, Windows and macOS builds are here:

Constructive critisim and bug reports are most welcome!

I really enjoyed the game!

This is full on bullet hell! I agree with @britzl about that it’s sometimes TOO frantic, leading to situation where it’s virtually impossible to avoid the bullets. One thing that kept distracting me were the coins; they felt like homing missiles to me and I tried (unsuccessfully) to dodge them! Maybe they could fly to the hud instead, or the animation could be speeded up.

I have to admit I didn’t realise there was a secondary weapon at all, maybe because I was busy trying to stay alive!

It feels like a proper polished retro game, really cool that this is made in Defold!

Update: After having played it again, it feels a bit repetitive, probably because it’s the same (?) enemies each run. I’m wondering if a procedural level approach would help it feel more varied, to increase replayability?

I’m wondering if a procedural level approach would help it feel more varied, to increase replayability?

I vote against this. To me a shoot’em up is all about learning the enemies, their patterns and progressively getting better at the game.

I forgot to say - that’s not a traditional approach! I remember battling the same levels over and over on some of the shoot 'em ups in the 90s. This feels a little too old-school nowadays to me, but I may well be a minority.