I’m part of a community of players that have been playing a multiplayer version of Paul Preece’s and David Scott’s Desktop Tower Defense for over ten years. The iteration that we play has been the Desktop TD Pro on the Casual Collective (CC) website. However, with the demise of Flash, our playing time is over. Our community is devastated. There have been a considerable amount of us that have been playing for years together. The CC was taken over a few years back by Kixeye, another gaming company. They have kept the game online until now. Flash doesn’t end until the end of the month, but the plug was pulled last week. Expecting the game to last for over another three weeks, we were counting on that time to come up with a way to still play together. While Paul and David have remained part of our community, they have given up making games and aren’t able to help us continue together.
Now that Flash is dead, HTML5 would be the logical option to make a multiplayer TD game. The Defold engine works with HTML5. I’m a respiratory therapist and I’m in the middle of dealing with the pandemic. But would any of you consider taking on the project of a browser based multiplayer tower defense game? You would become a hero and it would make many, many people happy. I’m sure our community would subscribe to cover expenses. Our community is devastated. Please consider helping us out. We would all appreciate it. 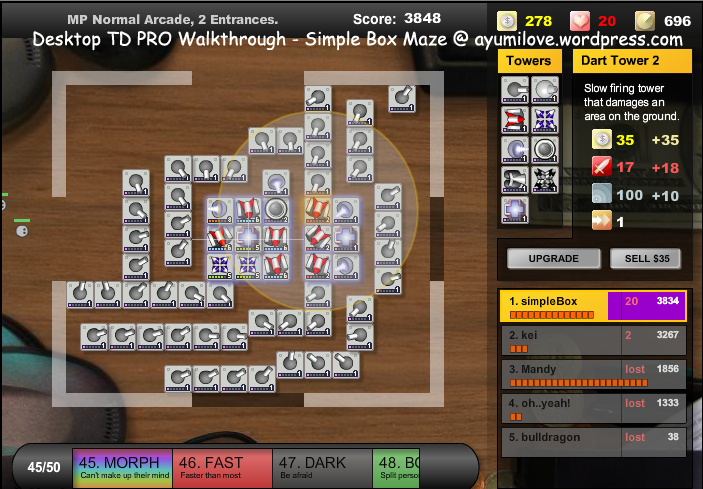 Do you have any legal rights to recreate the game? Is the source code available?

How exactly does a multiplayer tower defense work?

I’m working on getting both. From what I understand, after Kixeye decided to not included DTD on their Kixeye site, they gave permission to David Scott to use the code and he acquired hosting services to continue the game. Since they haven’t had an issue with the code being used in the past (and since Flash is essentially dead,) they will hopefully be agreeable to releasing the code. I’m going to contact someone at Kixeye (now part of Stillfront) to see how I can get the code.

Hey Spin! I’m really sorry about your situation. I personally also like tower defense games and played quite a few of them over the year, I think I even played DTD a few years ago (back when I was in middle-school and we procrastinated during IT classes). So yeah, let’s have a small chat and see if we at Critique Gaming can help you a bit. We’re a studio that primarily uses Defold, we’ve had one major release (Interrogation: You Will Be Deceived), but incidentally we also did a tower defense of our own as an internal experiment a few months ago: https://cq-facility-management.surge.sh/

PS: you said you are a respiratory therapist? Duuude, you people have been heroes to us all this year. Like, hats off big time to you and all your colleagues.

There is StageXL http://www.stagexl.org - a framework for Dart that implements Flash API and makes it easier to port Flash games to HTML5. You might be interested.

I believe Poki is doing work to preserve Flash games: 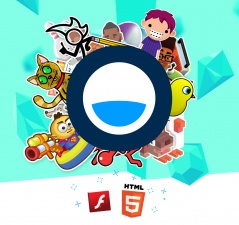 Interview: Why Poki is partnering with Nitrome and more to preserve the Flash...

For some of us, Flash games were one of the first introductions to the world of games - short, silly titles played in browsers around the world, often built by hobbyists with a bright idea and som...

And the internet archive is preserving Flash games through emulation:

Great news for everyone concerned about the Flash end of life planned for end of 2020: The Internet Archive is now emulating Flash animations, games and toys in our software collection. Utilizing an in-development Flash emulator called Ruffle, we...

The multiplayer game accommodates up to 6 players. The unique thing about this version of tower defense is that it’s an open map as opposed to the games that have preset routes for the creeps. The creeps will have to follow the boundaries of the map that your towers create. This is the case with all creeps except for flyers that will fly over any tower.
The host creates the games and selects the options for the game - tower limit, starting gold, map size, creep type, if selling it turned on or off, etc.
When players log on to the website, they are in the lobby. There, games are listed with a brief description. The player can join a game that’s already created or start a game of their own. The player can click the game listing to see who has joined the game. Once they join the game, they leave the lobby and join the game into another smaller type lobby where players can chat. The host may mentions special rules for the game in the chat that aren’t covered by description. The host can kick players at their discretion. The game starts when the host clicks START. The game can only be started once at least one other player has joined.
When the game starts, a countdown timer starts and the players have 30 seconds to place their starting towers. The players names are on the bottom right. Clicking on player name will display a mini version of that player’s map, so you can see the other players strategy. Chat continues during the game. There are 50 levels , starting with level 1. As soon as any player kills all the creeps for a level, the next level immediately starts for all players whether they have also killed all the creeps or not. If a player falls behind, they will have more than one level of creeps on their screen. The player that is the first to complete the level earns 20 points. The key to winning the game is win levels and kill creeps. As creeps award points and some boss type creeps award even more points, the winner at the end of the 50 levels is not necessarily the one that has won the most levels. The game may also end sooner than the 50 levels if all the players lose 20 lives. The player loses one of their lives for every creep that makes it through their maze. So the game ends for the player if they lose 20 creeps or they complete the 50 levels. If the game gets down to one remaining player, the game will end once the player reaches level 50 or takes the lead.

Here is a video that demonstrates gameplay. It is sped up but you can catch the lobby at the beginning. After the player recording the video places their original towers, they click on the other players names to display their maps. The player is clicking on the towers and the upgrade button to place and upgrade their towers. However, most players use keyboard shortcuts to place towers, upgrade and sell - numbers 1-9 select tower type, U upgrades, S sells and in games with a snap tower, the tower will fire by pressing F. This snap tower has to be selected by the mouse before firing. 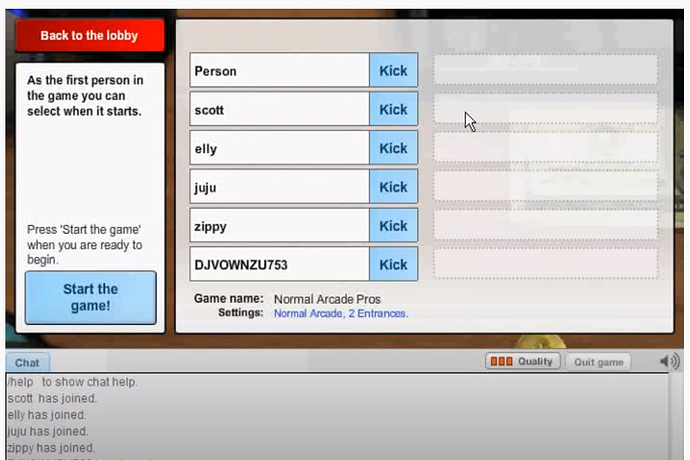 I’ve emailed the current owners to see if I can obtain permission and to see if they will share the code. I’ll post when I hear anything. Thanks.