Defender has long been my favourite arcade game. Even though it’s really a bit too hard for me these days, it still tweaks the part of my brain that loves old-school arcade shooters.

About 20 years ago I attempted my own version for the Net Yaroze platform. NY was a hobbyist system for the PS1 which used ‘C’ language and some cut-down Sony libraries. The result was okay but on reflection could have been a whole lot better. I am now hoping to rectify this with an wholly new version made with Defold. 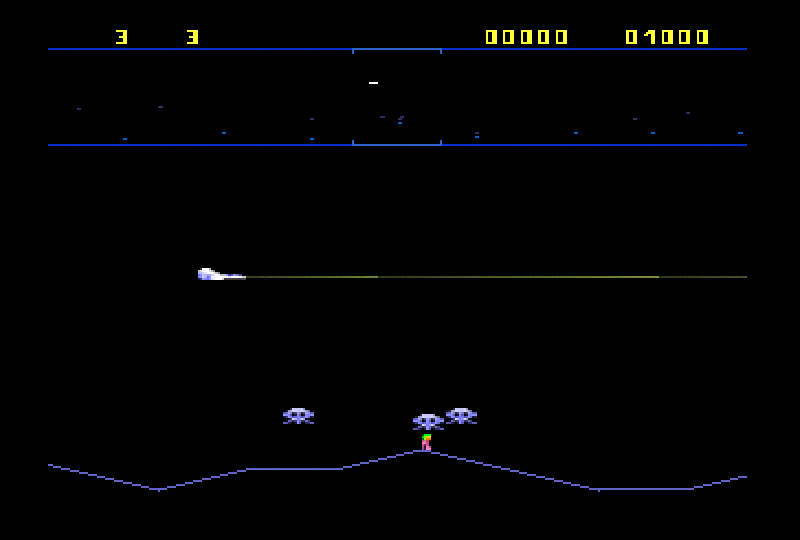 For the new game, I would like to fully realise everything from the original arcade game and also add a few extras of my own, perhaps inspired by the sequel to Defender called ‘Stargate’.

For the graphics, they are very similar to the originals but not exact copies. The game is instantly recognisable to anyone who’s played Defender. 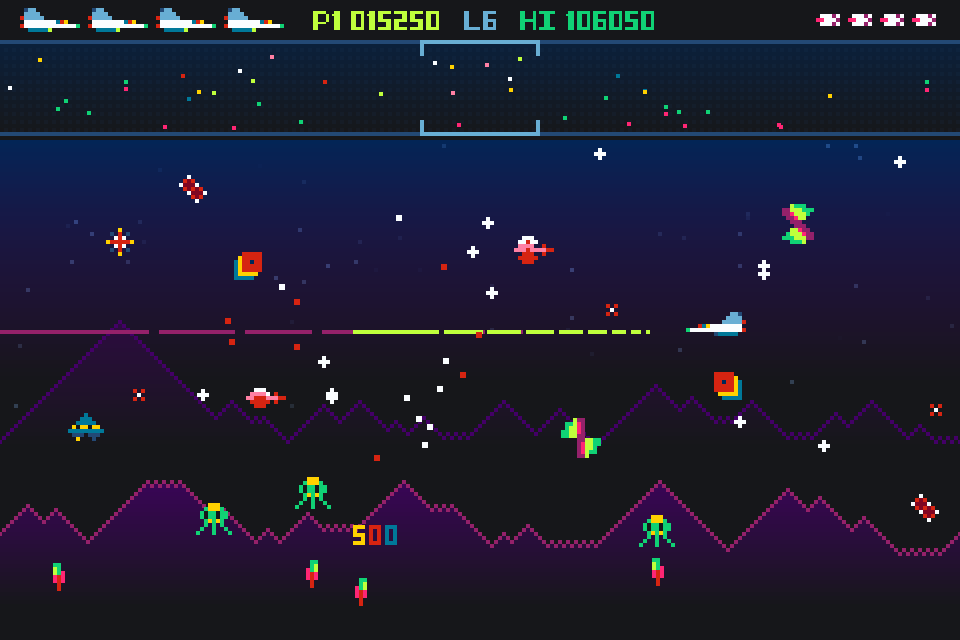 So far I have found the Defold implementation suprisingly complex. For what looks superficially to be quite a straight-forward game, there are some mechanics which are quite involed. Take for example the scanner: previously it was a simple case of iterating through each enemy and drawing a dot for each one, now I have to register a gui node for each enemy and update the coordinates accordingly through messaging. 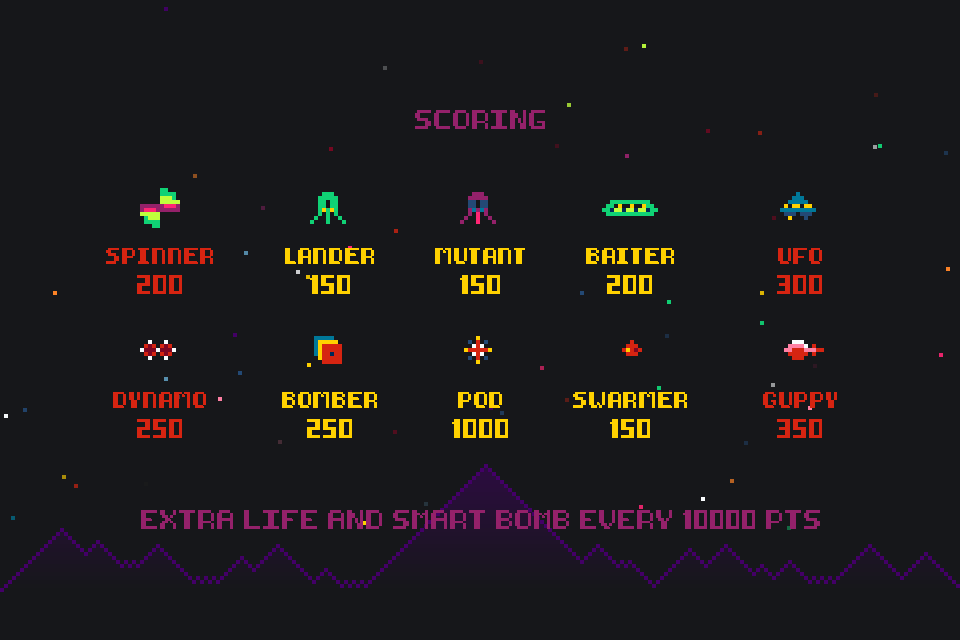 I’m quite late in starting this dev diary as the game is already quite far a long but I’m pleased with it’s progress so far.

Planetoid is out now, if you’d like to have a go! The browser version is free to play:

Have fun! And your feedback is appreciated.