We mentioned a while back that we have two students doing their master thesis at the Defold Foundation. The two students, Lars and Oskar, will in their thesis “explore the possibilities of optimizing a GPU-accelerated, collision based WebGL 1.0 particle system through different techniques and suitable extensions, in order to create a low-end system that outperforms a native implementation.”

The work is to a large extent academic with plenty of research, but there will be hands on work done in WebGL to set a baseline for GPU accelerated particles and then a prototype built using Defold to try and match the WebGL baseline. Screenshot from the WebGL baseline: 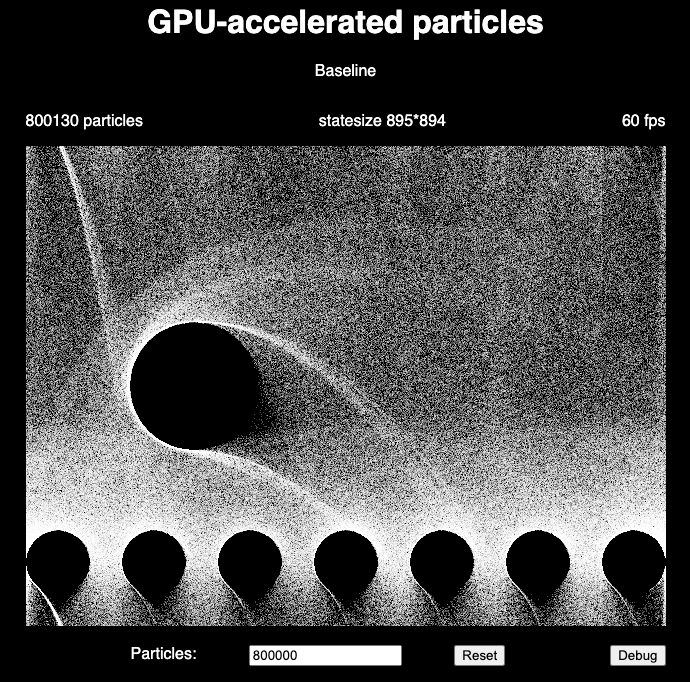 And a quickly hacked together prototype in Defold (they started working in Defold just a few days ago):

I am so hyped. I (ab)use the particle system so much, this is going to be great.