Join the Defold and Yandex.Games Jam 2021

I sent the message, we’ll see.

Meanwhile - when something says “Do not put it on”: 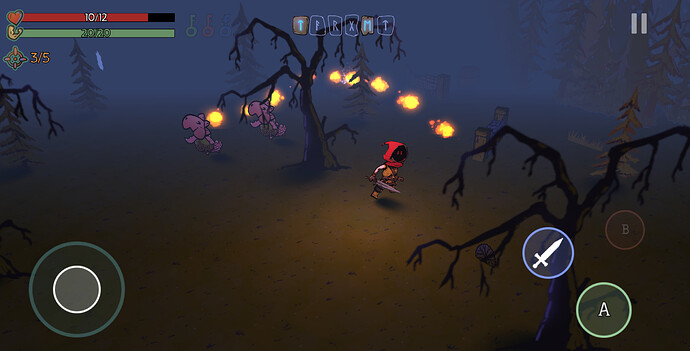 My game has got $15 from the ads already. That’s actually more than I expected. I wonder how other more ad oriented games are doing like Splash or Knife Attack.

Where could we see the earnings? I only found this chart in Yandex Ad Network’s Dashboard that gives some data (I don’t understand what it means yet): 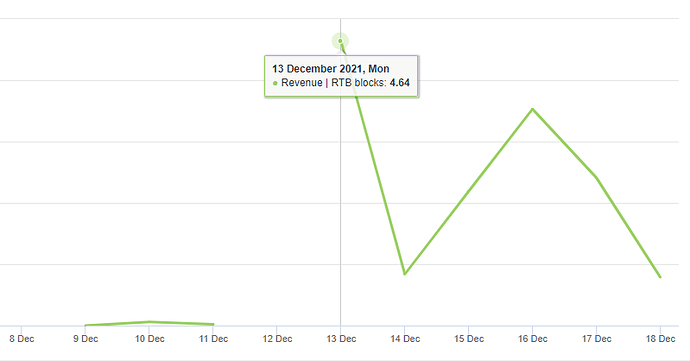 Revenue is displayed at the top of the page on my dashboard: 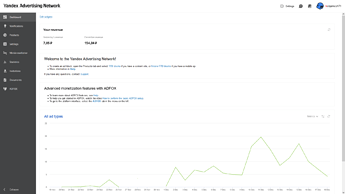 Dashboard doesn’t show the earnings for me, but statistics does. You have to select “all ad types”, “90 days” and press Generate. And convert rubles to USD or EUR in google. 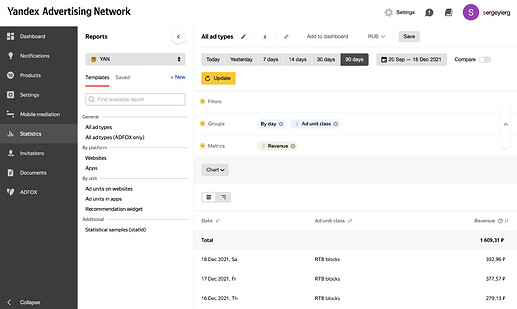 And convert rubles to USD or EUR in google.

or select needed one in dropdown menu near the button “save”

Is there somewhere I can check to see how many plays / views my game has gotten on Yandex?

There is some statistics on http://metrika.yandex.ru/

Wow. It’s so nice to see a lot of great games.

Unfortunately, sudden business trip left me with 8 years old macbook and little time to finish the game. And when I had time to do something on the game, I could not open gui scenes, editor just closed every time. With little time left and missing some crucial elements I decided to not submit it (you will see why). Funny thing is that all necessary yandex.sdk elements were already implemented: player stats, some achievements, ads, but some game elements were missing. P - priorities)

Dreams
Let’s talk about the game. The gamejam theme - ‘target’ was interpreted as target audience for SMM

. Basically you are playing as fresh employee in some ‘bad’ near future. You need money to survive, so you take the job as SMM manager at company which outsource marketing services for various companies. The game consists of two main parts: you setup marketing company and you react to random events and your setup decisions (like you advertised electric cars in Africa, which is not ‘right’ audience (at least for now) and so on). You need to work on each company for one month and if you will pass, then it will next company etc. Each decision influence two paraments: company score and public score. Basically, if your first score will drop to 0, player will be fired and game over. So this is how it was in my head and how it suppose to be)

Reality
Both parts were working (kinda of), but was almost not integrated in each other. Only one company (Pesla), not proper ending for company and not so many situations (which can be easily increased after integration of both parts). So why put a “bad” and “unfinished” game, when with a little polish and maybe some changes it can a great game (probably).

Anyway, you can play the latest build and I would like to hear your thoughts on it and overall idea)

P.S. Ignore the game description as it was not completed. The game is fully localized.

The proud winner and runner-ups will receive marketing and advertisment for their submitted game, hardware, swag and bragging rights!

The judging process has begun, but with the Christmas holidays the announcement of the winners will be somewhat delayed. We will share the results with you early to mid-January.

i can recommend to use “roboto”. Nice free font with cyrillic included.

Hi)
What about jam results?)

What about jam results?)

Sorry about the delay. The person responsible for the jam at Yandex is ill, which has delayed the results. The results in the Defold’s Choice category are done though, but we prefer to share the winners of all three categories at the same time. I hope we can share the results next week.

Well, the multiplayer update for my jam entry is on production now. Yeah! After the month

You can check it and play with your friends (or with random people if you’ll get lucky) here: 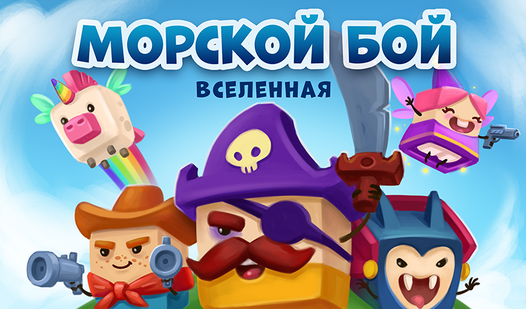 Send me your English locale file and I’ll fix up the issues in it for you.

I hope we can share the results next week.