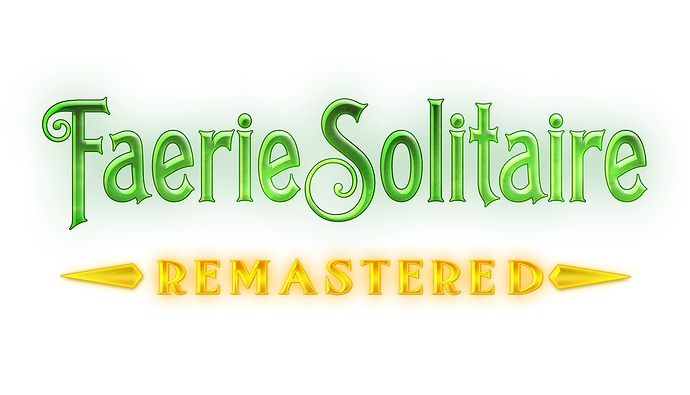 We have another solitaire game done with Defold! This one is actually the old classic version remastered. Originally FS1 was done way back with Multimedia Fusion by Clickteam which served its purpose but gives me wartime flashbacks to this day. The remastered version was originally done with Monkey which has the sad story of developer abandonment while critical issues lingered, and was the instigating force that made us begin the switch to Defold several years ago now.

The Defold conversion is done now except for the audio… originally it was setup with FMOD but we cannot use that without paying a chunk of cash that is not available to spend. And the current Defold audio situation would be a no-go to use.

Currently these issues have no planned commitment from Defold dev team so the release of the Defold version of this game will be in limbo until something changes.

There is the OpenAL extension which will probably be what we ultimately use. Currently it is missing ogg playback, async loading (I think), and audio streaming. I am not an expert enough to be comfortable with implementing these myself (I wish I was) but over time I will study and tinker with it if need be.

So again this game is done, fully playable, but in limbo due to audio. Once audio is solved, the Defold version will replace the current Steam version of FSR as well as officially support macOS and Linux and get put back on iOS/Android stores. Will update this thread as things change.

You can now “Pre-register” FSR on Google Play. This will not charge you. This game will be “free to download” with a model similar to winrar where all of the features are available and it doesn’t actually lock you out of playing the game if people don’t buy right away.

Have magical fun in the addicting Card game, Faerie Solitaire! Find and raise a faerie pet and repopulate the magical land of Avalon using the resources found by clearing each level. Earn enough Pure gold to purchase unique powerups and specialized upgrades, making each stage a breeze. Chain together combos to fill up your energy meter and save the faeries! With 8 worlds, 40 levels, over 400 hands to play through, loads of upgrades to buy, and one exciting adventure, Faerie Solitaire will have ...

Compared to the Windows audio situation for built in audio, it seems like the audio performance on mobile is way more stable… where there are glitches while loading collections for popups and such on Windows they don’t seem to happen on Android for example. Is Defold using the native playback features for audio on mobile?

Currently we have fully implemented .sound component based audio in FSR, and made an audio proxy to emulate the FMOD features we were using so we didn’t actually need to change any of the FMOD functions we were using. We were already playing all audio based on an audio manager module too so all we did was something like

within the audio manager, then in the audio proxy it supports those fmod functions with Defold’s audio features. Right now we are keeping the majority of audio loaded at all times, which might cause crashing on mobile from using too much memory… but we’ll see. I would need to do more tests to see if on mobile not keeping everything loaded at once would harm the audio experience. The audio we do not keep loaded always is the cutscene/story audio since that can be more safely loaded between loading screens.

Nice thing about this is if we ever want to move the project back to FMOD it will be super easy. And using other tools like OpenAL extension should be easy too.

It says it contains ads, but for this game I’m not going to use any 3rd party ad networks, it will only be promoting our own games. I do have some other projects brewing that I want to test ad networks with!

I believe there were some changes to the Defold audio sometime this year which did improve things. Once it gets async audio and true async loading for audio files both which do not cause any glitch effects then there will be no reason for me to use anything else… although who knows when those updates will happen and beyond that the OpenAL extension will still be useful for certain projects and is very worth supporting.

Here’s a sample of current private beta FSR on Windows.

I have published a free web version of FSR on Solitaire.io!

This is sort of an experiment to see if giving away the HTML5 version for free will lead to more sales in the other versions over time. And I will report what happens!

I am also starting a goal to get Solitaire.io to rank well for solitaire / card game search terms. The obvious way to do for me is to make many more good solitaire games with Defold and publish them there.

If you want to help with this mission please link to the site on a site you own / a social media site you use and let’s see if it’s possible to get to #1 on search in 2020!

FSR Defold has been “done” for a while but we’ve been tinkering with polish and waiting on an audio solution (whatever FMOD uses in the browser is still better than Defold’s audio, the FSH HTML5 demo I published previously has only minor audio issues in comparison). But options don’t seem ready yet and we still can’t afford FMOD licensing so I will probably push the button soon and make the Defold version of FSR live on Steam and mobile stores too. Then later patch with a better audio solution when it’s available.

FSR on Steam is now officially powered by Defold! And now thanks to Defold it supports macOS and Linux too. It’s nice that notarization is still not required on Steam so for the time being I can still make builds for every platform on Windows.

Next up for FSR is releasing it on Android.

After that I’m going to publish a Linux build on itch.io that is 100% free to download and DRM free and so on to further support gaming on Linux.

The free Linux version is now live on itch! Please share it with your Linux gaming friends. 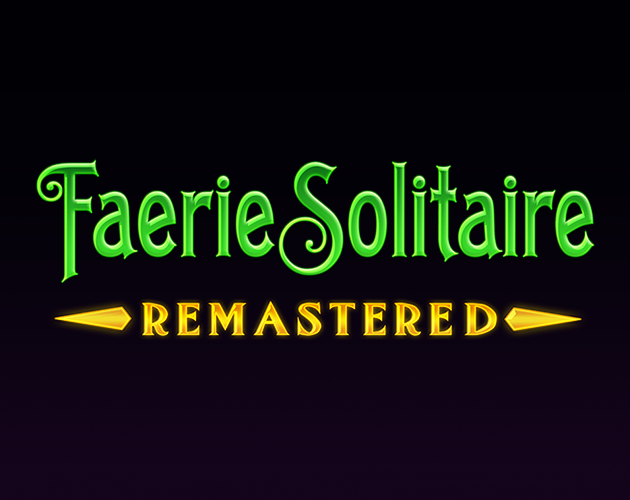 Here are some stats of the HTML5 version so far bandwidth wise. 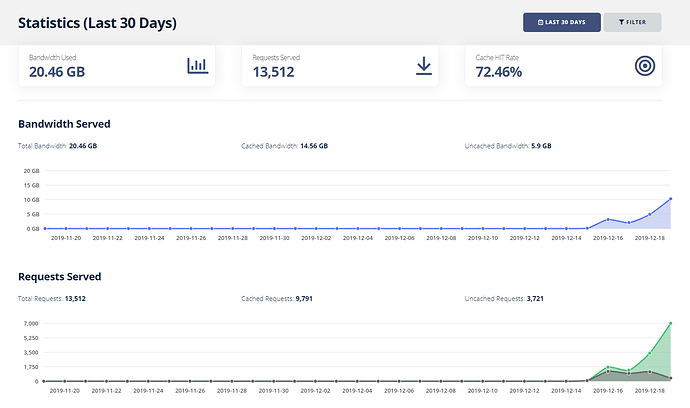 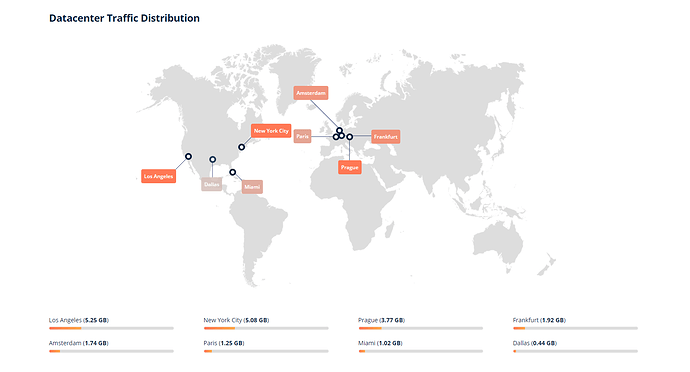 Have magical fun in the addicting Card game, Faerie Solitaire! Find and raise a faerie pet and repopulate the magical land of Avalon using the resources found by clearing each level. Earn enough Pure gold to purchase unique powerups and specialized upgrades, making each stage a breeze. Chain together combos to fill up your energy meter and save the faeries! With 8 worlds, 40 levels, over 400 hands to play through, loads of upgrades to buy, and one exciting adventure, Faerie Solitaire will have ...

We had pre-registration enabled but I think it was bugged or something… it said 0 people signed up for it.

This version of FSR is being distributed like WinRar. Asks you to buy, but doesn’t lock you out of anything ever. If this version doesn’t make decent money we are probably going to go all in on IAP/Ads models to make money. Can’t say we didn’t try.

Are you using Cloudflare as DNS Management?

For some projects yes. They seems good overall.

FSR is now live on the App Store! 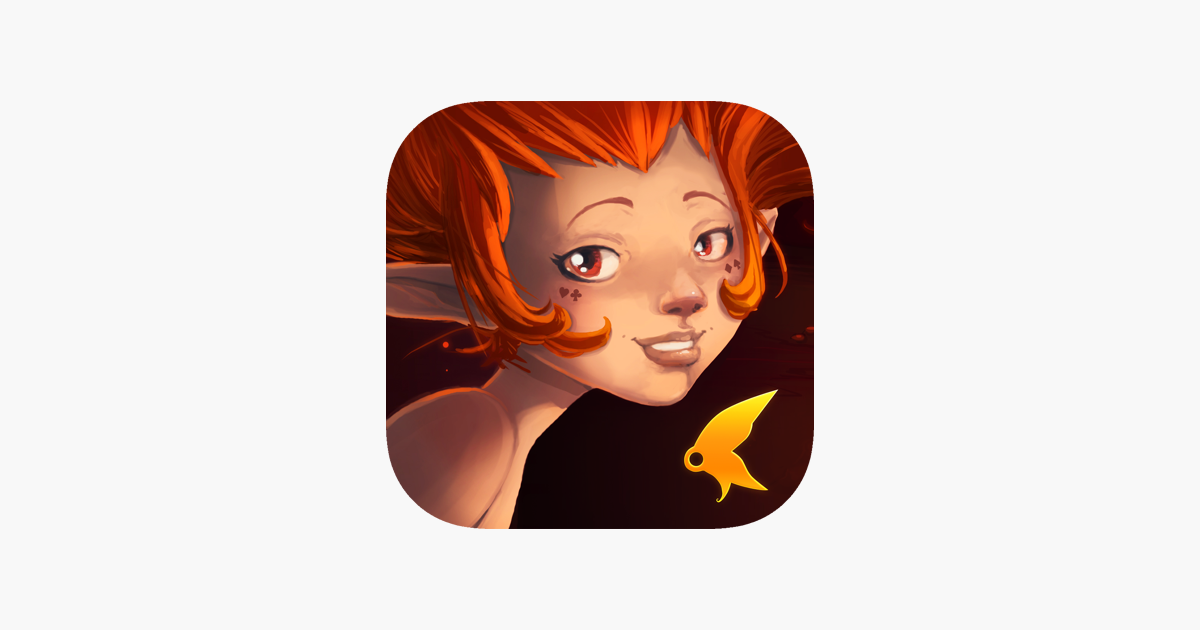 FSR is also on the Mac App Store. I would not rush to publish games on there, it has had zero sales since release and all Mac gaming related sites I contacted about it ignored us.

About as expected, that store is dead, maybe only F2P games with IAP will make money so might be worth getting IAP to work for the Mac App Store.

‎Have magical fun in the addicting Card game, Faerie Solitaire! Find and raise a Faerie pet and repopulate the magical land of Avalon using the resources found by clearing each level. Earn enough gold to purchase unique powerups and specialized...

Here are some promo codes for FSR on the Mac App Store. They expire in 28 days from this post.

this is very generous (and easily abusable). how long is it available for?

The honor system to unlock the full game? Forever. We trust our customers.