I was going to try to enter November’s game jam, but things became a little busy. Then, at the end of November, a couple of very awesome things happened. My birthday present came (a Commodore Amiga) and I started playing F18 Interceptor on it again. For those a little younger, here it is: 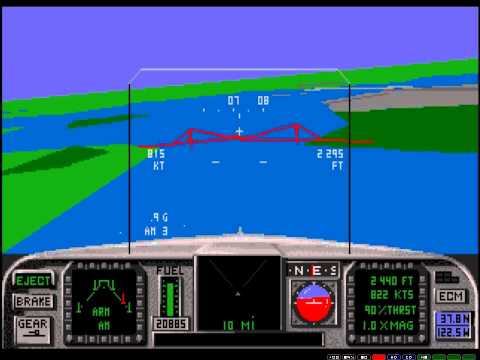 This is the demo mode, but it really is still now, one of my favorite games. There is something “just right” about everything they did in that game. The colors in the video are a little dartkened - not sure why.

With a little over a week of November game-jam left I thought, ok lets do a remake of this legend game in Defold. Obviously a bit of a cut down version, but something that maps to that game feel, that I just havent seen/played before (and I have played a couple of games

Thats where this dev diary starts. And for the last week I have been building something interesting and fun. I’ll post updates, and info. The main aim of this dev is:

Current state of the game:

Just noticed my colors are a bit dark too. Will have to fix that.

Im pretty happy with the physics and controls. I’ll be adding in menus, missions and multiplayer over the coming days. Im actually excited to get in and play it

Amazing! Such a great game too. Look forward to playing the Defold version.

GREAT! I was playing on this game many, many hours

Getting there. Physics has been improved a little (no carrier launch physics

Best bit, is landing gear is in and working as well as a simple carrier model. Im doing all the art for this too - really want to get more handy with blender. Learning alot.

Coming up this week:

So far so good. This might make itch by Xmas

Golden Gate Bridge is in. I read a fair amount about this amazing bridge. Its a really impressive structure and so pretty too. 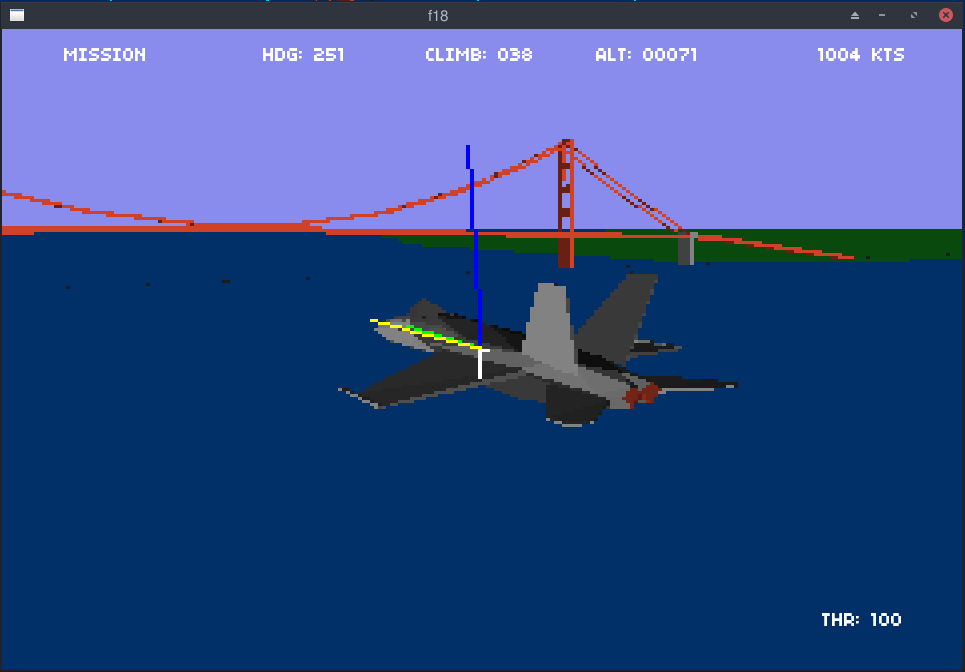 I hope I do it justice - my 3d modelling skills are… erm average at best. Need to figure out a nicer way to render it from a distance too - the resolution technique I use is quite destructive, so I need to add a special shader in for things like roads, and bridges.

Here it is in ‘hires’ mode - Ive made it possible to change the resolution on the fly. 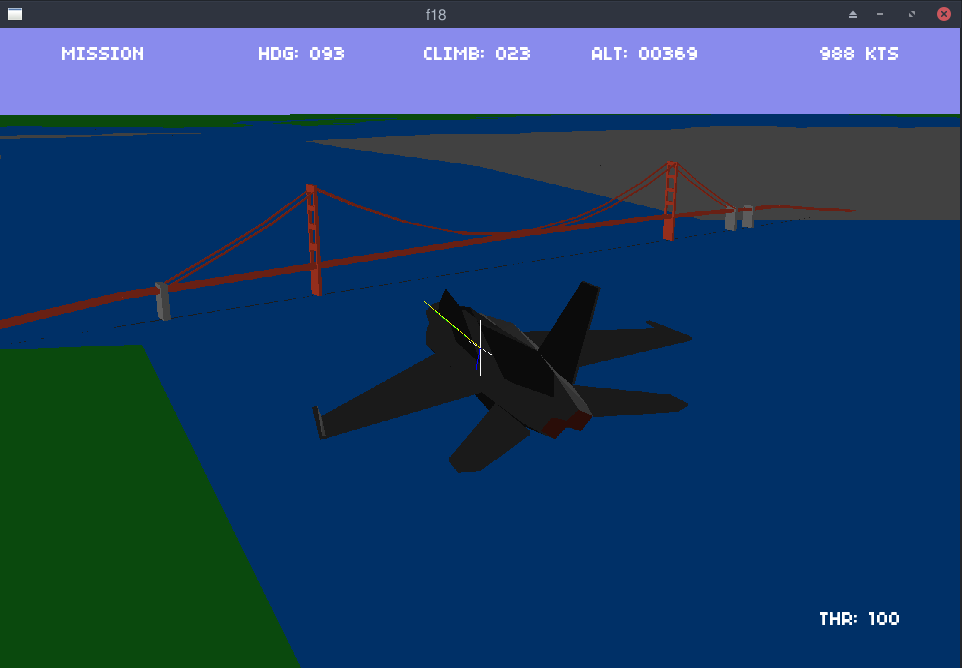 Cockpit dash is in. I made something close to the original. Still a few items to finish.
Launching and physics is a little better. Still need some tweaking.
New resolution rendering - still playing around with ocean and ground markers (so you know where ground is

).
Hopefully ready to play before xmas

Will put a demo up on itch soon.

Here’s a little demo (early test) that people can try out.

Will have some updates soon.
Note: I noticed the web release has some floating point issues and the pitch and roll, really bounce around alot. I’ll try to get that a little better. It shouldnt be doing that.

Sorry had it in draft mode

ahah that’s super cool! Brought me back quite a few years

How are you getting the upres/downres?

Its a post shader quantizer. You can press 1 to up res and 2 to down res

A little more detail:
It does a modulus of the resolution with a block step, then some adjustments based on Z.
Its a pretty simple shader. Will put it on github along with the camera system after xmas.

A little discussion on the build of f18.

I was pleasantly surprised to find Win10, OSX and Linux builds are between 8-10MB in size. Addmittedly this is a very long way away from the original 880KB on the Amiga, but Defold has show how good it can package well. Its quite impressive.

I’ll have the Win10, OSX and Linux versions up on itch in the next hour. Feel free to download and drop in some feedback either in the comments on itch or here.

Thanks for trying it out!

@Dziq Asked on the discord forums about the size of the San Francisco area. I thought it was around 140km square, but its not 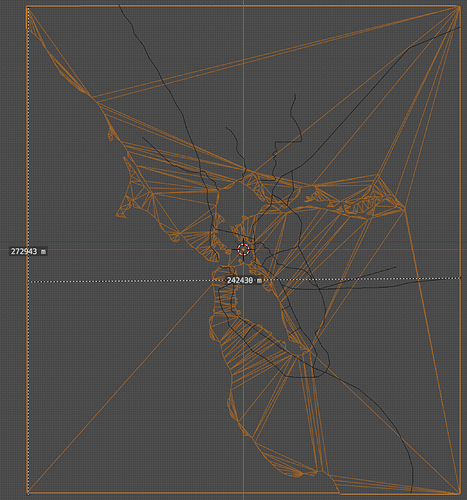 The accuracy is not great - its been optimized to have a fairly small data set. Originally it was weighing in at around 200MB. Now its down around 9MB uncompressed. I hope to have weapons, targets and some missions ready over the next day. With some improvements to the map.

Adding in missions and mountains. 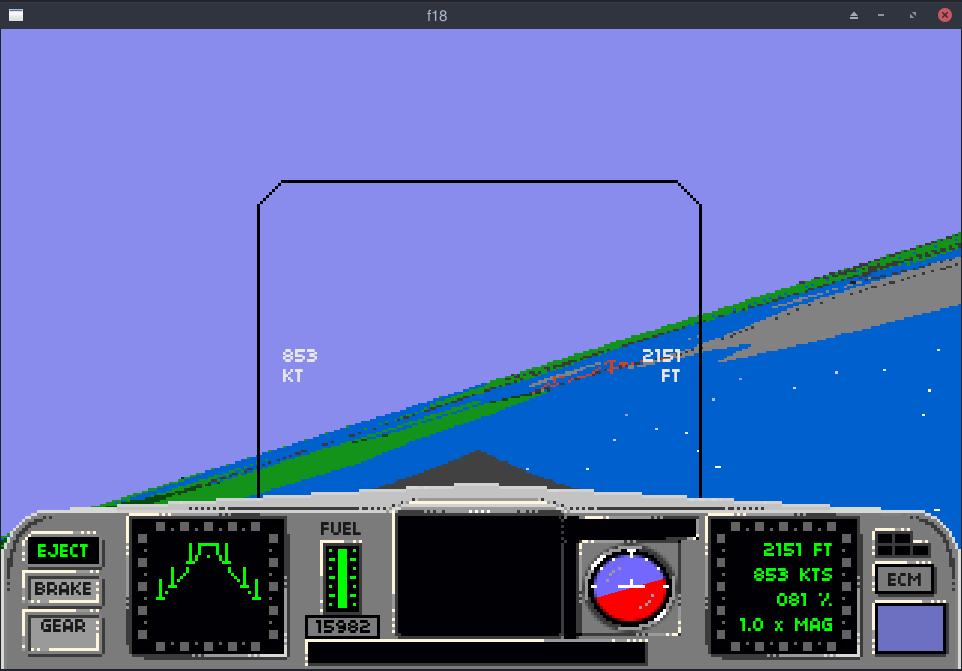 And… armed and ready… 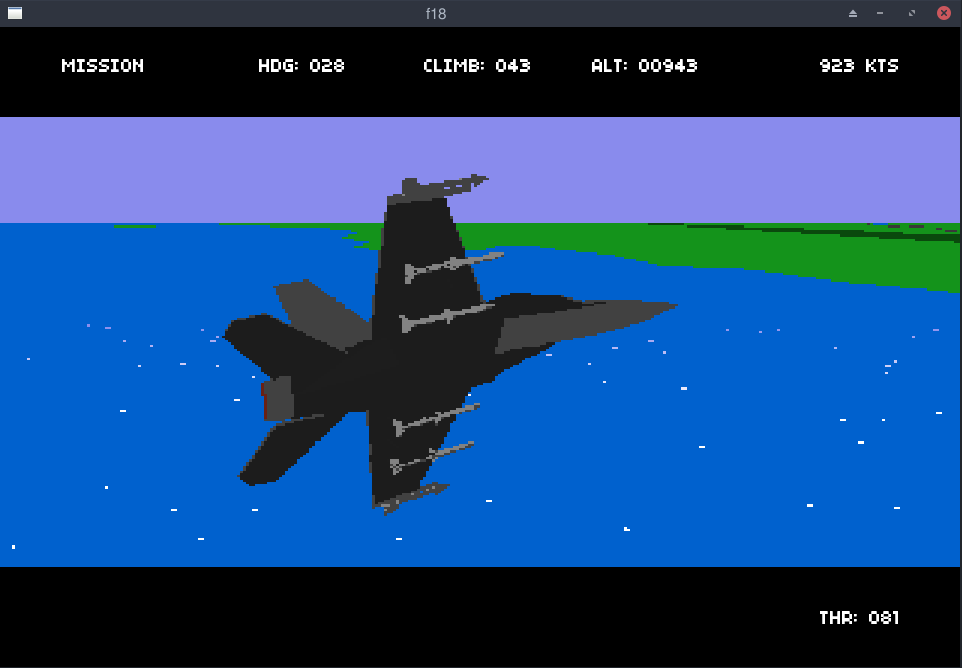 This should be released in the coming week on itch. 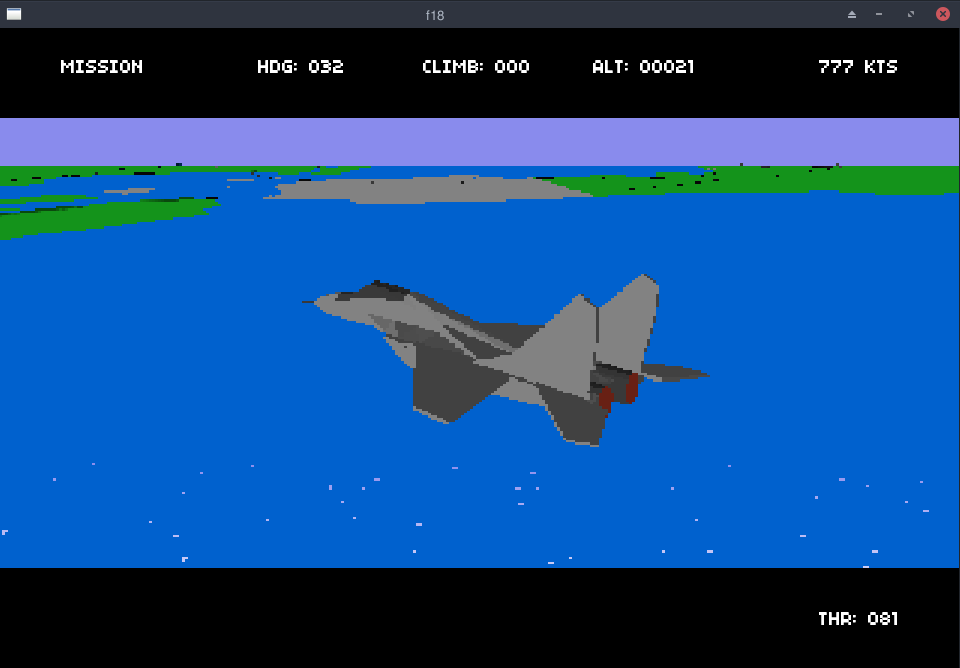 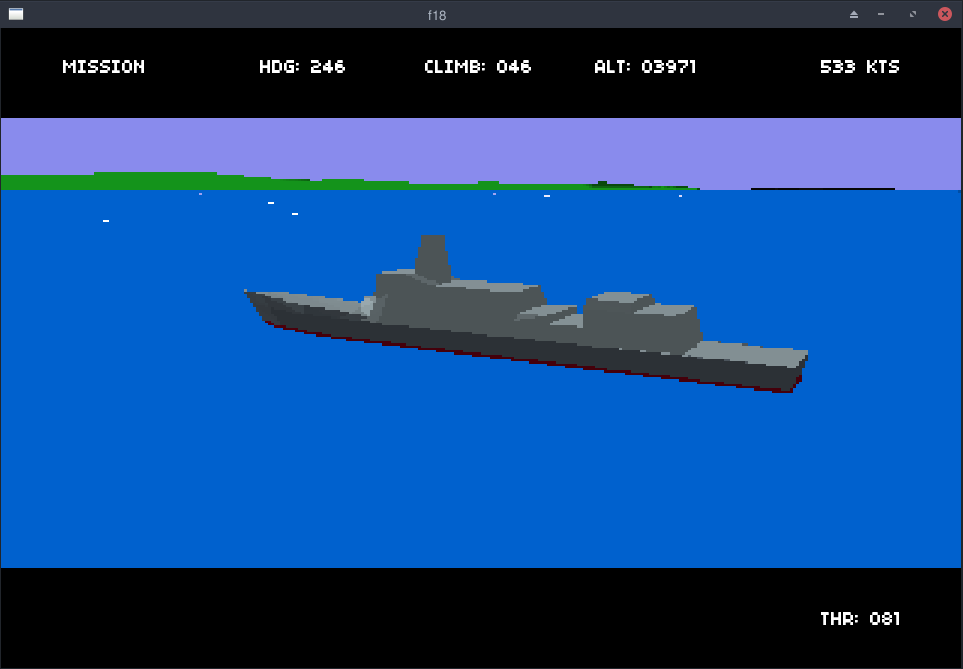 Some thoughts on building f18 hornet so far…

As I have been going through building this project, a number of interesting things have happened along the way. Firstly, I ended up building a 3D export/sync tool for Defold which has made building full 3D scenes quite fun. One-click export directly to a Defold project means you dont need to be playing around with import/export settings. The additional benefit to this tool, was beginning to embed meta data into the map so I can have missions and assets completely content driven (no code needed to specifically load and manage resources). Its a nice way to iterate.

The merging of 3D with the 2D gui and different resolution outputs concerned me at the start too. I wasnt sure if Defold was going to allow many of the things I wanted to do. I was wrong… very wrong. Many of the Gui features for instance, took minutes to implement - again, very surprising.

Then there was the 3D. I have built a few demos and tools in Defold with 3D previously, and so I knew the 3D would be doable, it was a question of complexity and time. With the export tool, and a handful (around 4) of custom shaders it was quite easy to achieve. Its been very good fun and I would liken it to building 3D in Unity (with the right tools). Sure the rendering in Unity is much more complex, but Im referring specifically to the development experience, and not the user one.

One very odd issue with doing a game like this, has been how different it is to build an “old school” rendering output for modern 3D systems. Creating a wireframe styled look has been full of compromises (I considered writing a software renderer to get it more accurate). For example to replicate the Nimitz carrier I ended up using textures for some of the lines. This is because 3D meshes dont really have “coloured lines” in their structure. You could do some sort of weird shader, but it made me realize we have lost a certain capacity to do some things in modern GPU rendering - kinda sad, since the original looks so clean.

Im looking forward to putting the final touches on this little game. I hope people have enjoyed reading and playing (I hope you played it!). There will be multi-player down the track and missions, and even custom user generated content (maps and missions). So keep an eye out

Hi there, I have been following your posts with keen interest. The work you have done is just amazing, your tool pure wizardry. And the game looks awesome!