Well, I wrote a play, which will hopefully premiere early next year, though it’s hard to tell these days. Over a year ago I was asked if I could make a computer game as a tie-in, an idea I immediately dismissed as requiring way too much effort and skills I don’t really have. As soon as I got home that day I started working on this. 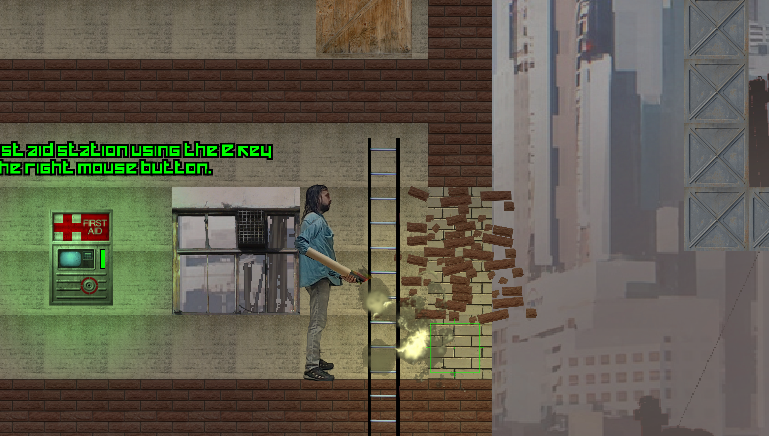 It’s actually based on a single improvised RPG session we played as a way to get into the characters. The story was a decidedly non-canon prequel involving characters who should not know each other (or have any cause to join forces) working together… mostly. But it was a lot of fun, and I took it as inspiration for this project. My upcoming play - cyberpunk by genre - is simply titled “Ex”, since I figured after “Deus Ex” and “Ex Machina”, some story should just go by Ex. Given that this is a prequel, I chose the name “Double You”, which means any potential sequel will have to be called “Why?!”.

So what kind of game is this?

Platformer, in essence, inspired by some of my favourites. The main flavour comes from The Lost Vikings - you will be controlling four characters with different abilities, switching freely between them, to find your way through the levels. More on them later. 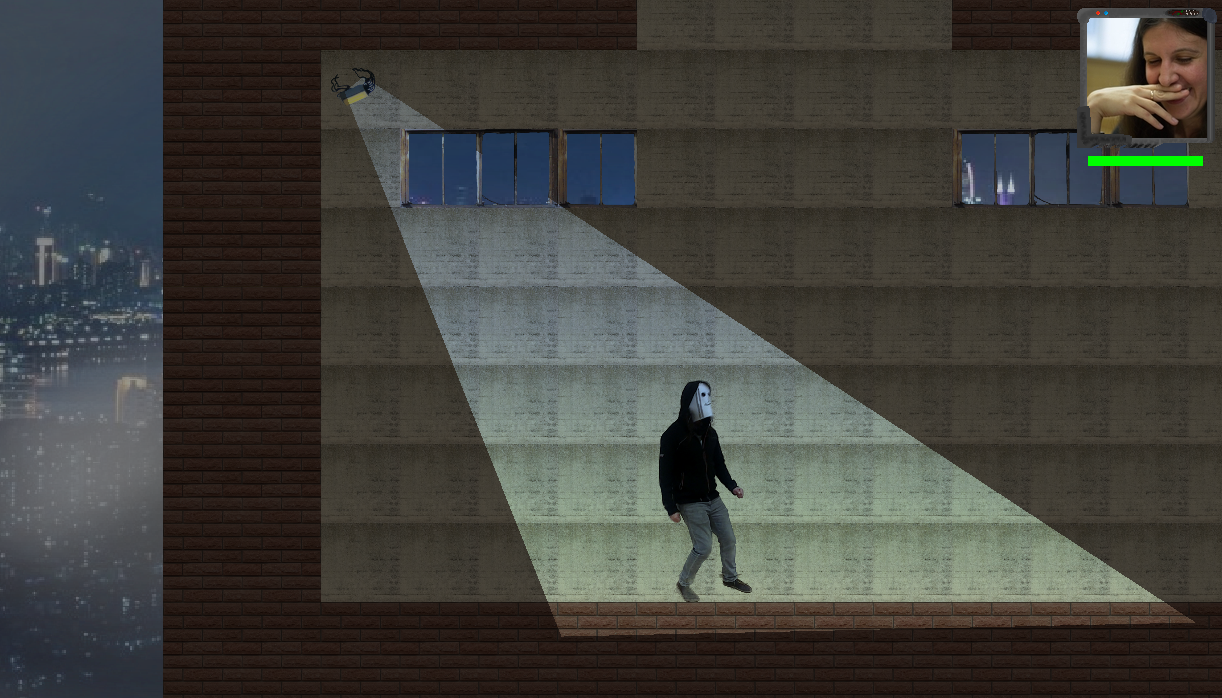 Since I wanted to eventually get the rest of my friends from the theatre group to help out, I’ve locked myself into this kinda photorealistic look. Right now all graphics are placeholders. Character sprites are all just me in different clothes, ranging from 80 to 195 pictures each - and I’m planning to use maybe double that in the final version, to make the animations extra smooth. Hopefully I’ll be able to offload some of that work to other people.

What do you hope to achive with this?

Believe it or not, I’ve already exceeded my plans, that is learn more about Defold and game development in general and have fun doing it. Anything else is extra. The next step is produce something that can be called a finished game, something I’m not very good at, and produce a good game, which is entirely optional and frankly up to the fate to decide. 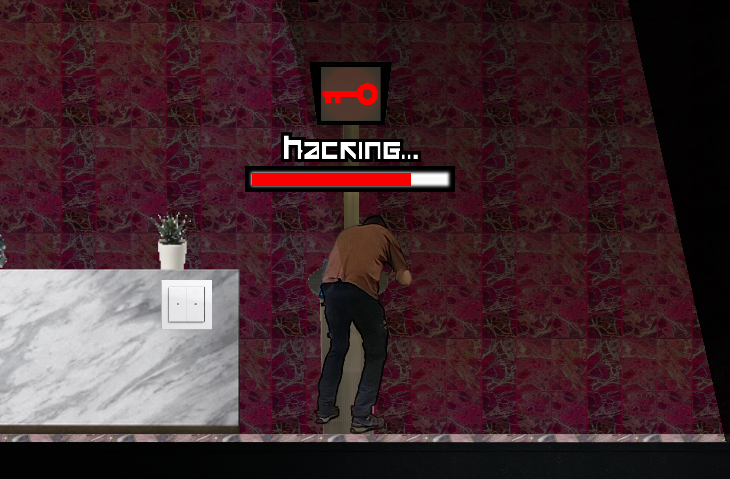 Given that the game cannot be finalised until we’ve finished creating all the costumes and props for the play, something which usually happens a few hours before the premiere, it’s impossible for this to actually be finished on time (just processing the sprites is going to take weeks, I wager), which is nice, since it takes a lot of pressure off me. I would love to have a playable version before our last reprise. We’ll see. In any case, we’ll be sending copies of the game to our loyal fans whenever it’s ready.

Then, if the game feels like it has potential, I’ll start thinking about cleaning it up, expanding it and maybe looking into getting it on Steam. But that’s so far in the future I just can’t think about it yet. One step at a time.

Recently I’ve been working on finalising gameplay with each of the four characters, releasing a demo showcasing each of them. Today I finished the last one, and since I implemented language switching in the meantime (the game is in Czech by default), I decided to share it here. Each of the levels has tutorial texts explaining all controls and game mechanics in details, but the gist is that WSAD controls movement, E or right mouse button to use, spacebar for special actions, left click for attack, if available. Mouse wheel, page up/down or numpad +/- can be used to zoom in and out. The characters are as follows, in the order I created the levels: 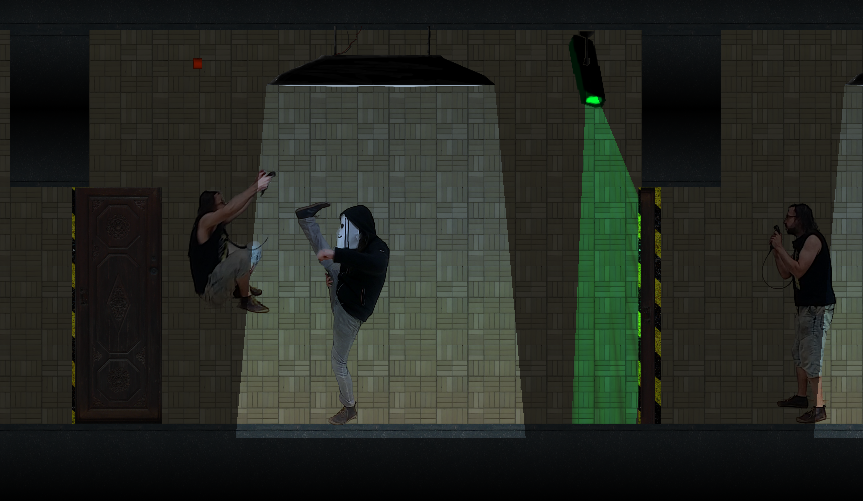 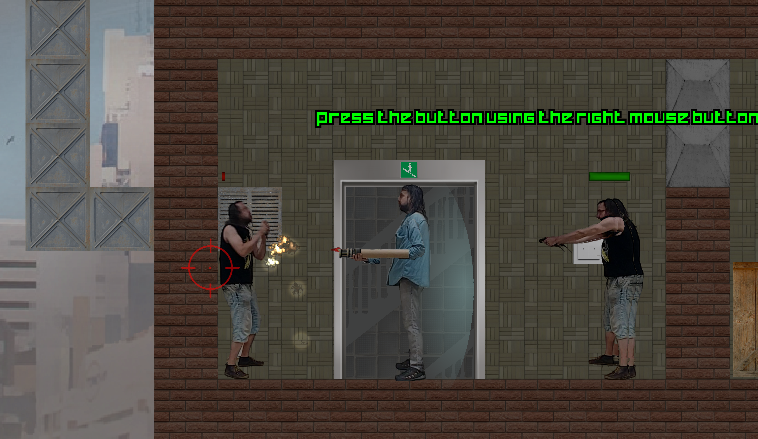 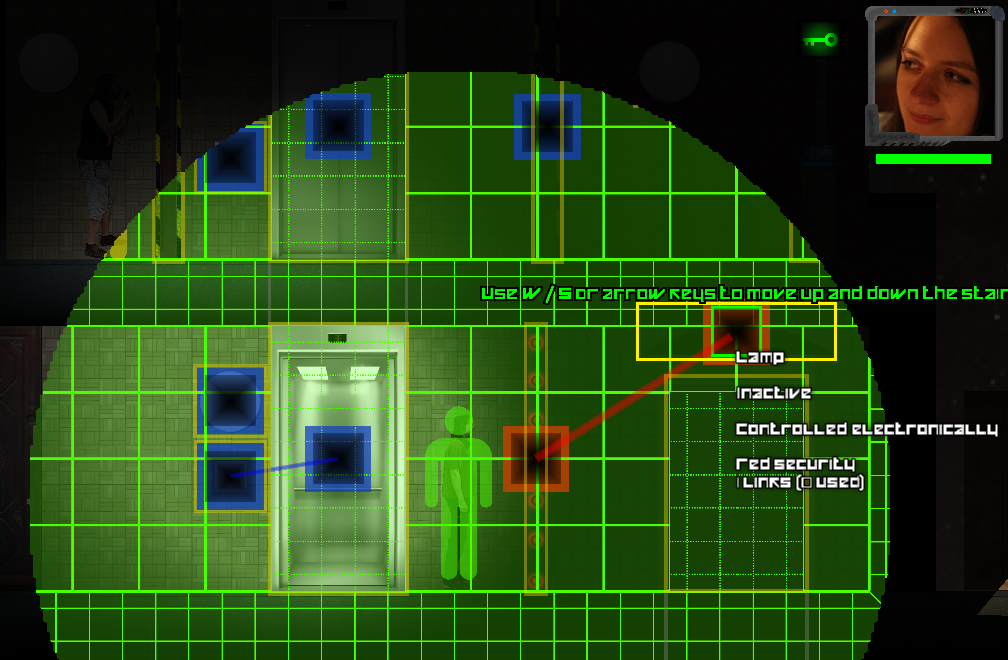 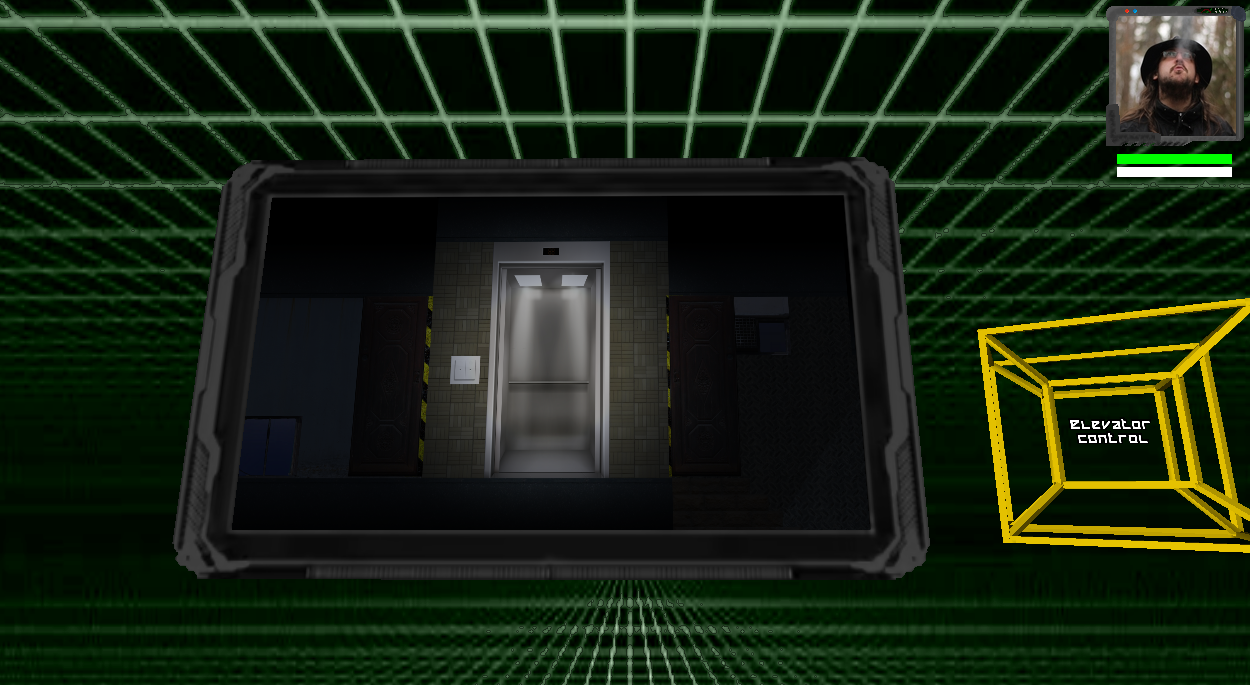 If any of the levels give you a hard time, there’s a couple of cheat codes to make it easier on you. Just write the following: 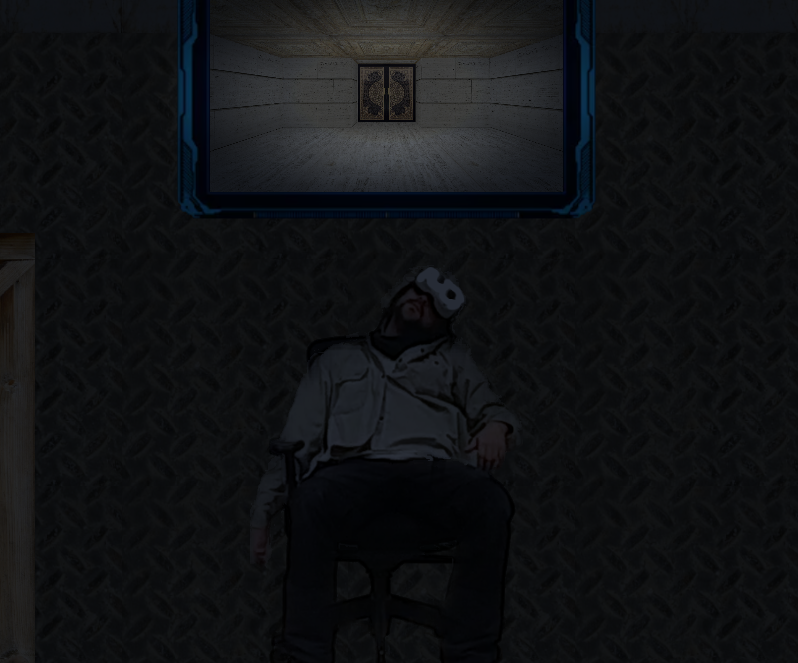 Link to the demo (Windows only)
Make sure you switch to English in the main menu (or in pause menu - press esc while in game). The setting is not saved between sessions.

If you don’t want to run random files from the internet, you can just check out this video walkthrough. It might also come in handy if you get stuck.

You may notice the inactive “Demo coop” button in the main menu. I want to make yet another short demo level to showcase the true gameplay, where you can switch between characters. It’s going to be a good opportunity to iron out some bugs specific to character switching and hone my level design skills some more. I don’t expect either of the five demo levels to make an appearance in the final game - at least not without some modifications - but it’s great practice.

After that, I’ll want to make a short chain of multiple levels, in doing so implement a campaign system, which should include spending money found on the levels for upgrades. And then it’s time to think hard about the story (I’m gonna need another tabletop session for that), plan out the levels, figure out what kinds of environments I’m going to need (those few placeholder textures I’m using now are starting to get on my nerves) and… well. Start making the game. I’ll let you know how it goes. 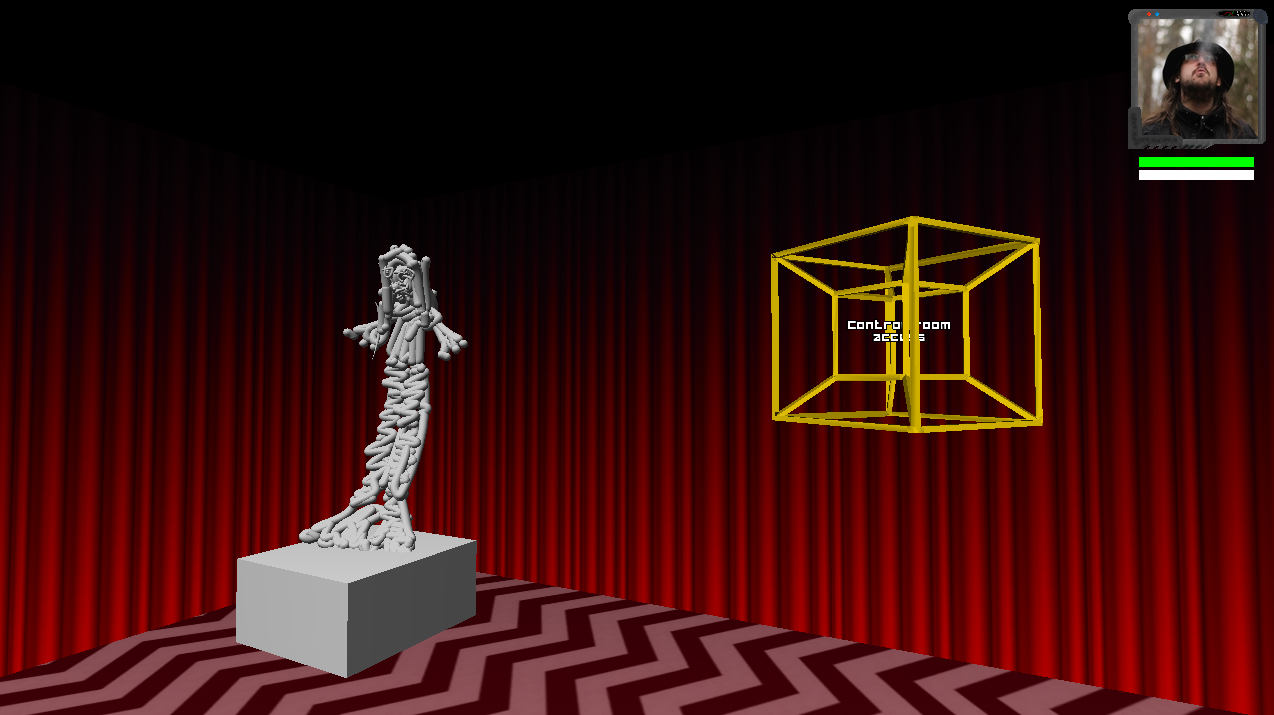 Oh, hi there! You have wisely decided to skip all of my ramblings. Good job! The link to the demo is about three paragraphs up. Cheers!