Diary of an Adventure Game

Hi, I’m Casey. I have some experience with art, writing, information technology, and adventure games. So, I’ve decided to try to build a 2D point-and-click adventure game using Defold, which appears to be a light, but capable, system for creating 2D video games.

I’ve noticed that at least two members of the forum, @gianmichele and @marco.giorgini, have completed adventure games using this engine, so I’m sure Defold can handle the task. However, I’m a bit of a newbie, so I’d appreciate any tips any of you can offer on this project.

I’m sure I’ll have quite a few specific questions soon, so I’ll be seeing you then.

Good luck! Looking forward to seeing what you will create!

I’m sure I’ll have quite a few specific questions soon, so I’ll be seeing you then.

I’m going to start my adventure-game project by creating a software framework through a simple prototype game, so I can implement all the things adventure games do without worrying about game design, art, sound, or music yet.

Still, the prototype will need all those things, so I came up with a simple scenario which exercises typical adventure-game verbs and game objects, and I located some free clip art, sounds, and music.

This is the puzzle-dependency graph for the prototype: 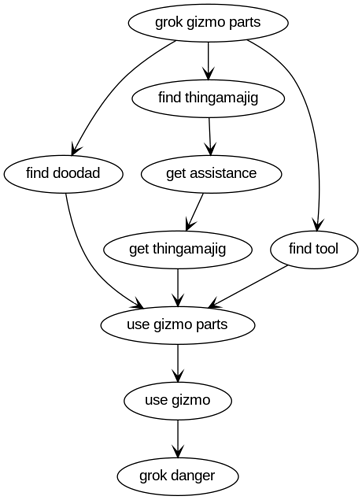 Complicated puzzles can have their own graphs, which are like visual walk-throughs with the actual verbs and game-objects specified, to ensure the puzzles are sensible and solvable, but there’s nothing very complicated in this prototype.

Here’s a character model I found for my player-character: 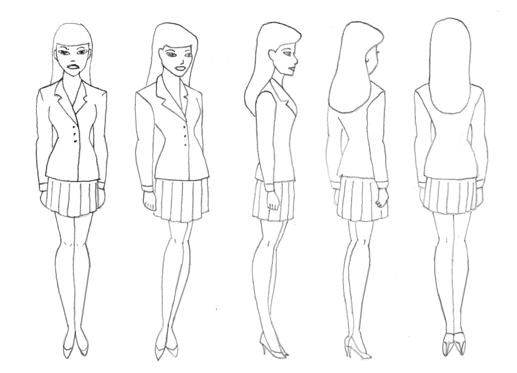 In the simple kind of 2D animation suitable for point-and-click adventure games, characters are usually seen from one of eight angles, three of them being mirrors of another three, so there are five views. I’ve also found models for the two non-player characters who will do typical NPC things, like communicate with the PC, follow instructions, follow the PC, or walk along a track.

Free-to-use sound and music is widely available, so I’ll grab those when necessary.