Hello Defold community! This is Demons Hand. A card roguelike with MMO PvE multiplayer. We’ve been working part time on this in a team of three for almost 1.5 years now!

Ok what are we talking about here?

This is an online only game (maybe it should be called Demons Hand Online, hmmm). ALL the game logic is implemented on our servers. The Defold game is actually a “thin client”. It receives events (eg. draw card, play effect, remove card, etc) and the client just obliges.

Players start by themselves but then in the later levels can enter rooms that have other players in them. We’ve crammed in cards that synergise with other players, so try to cooperate nicely! Party up and slay the demons together! 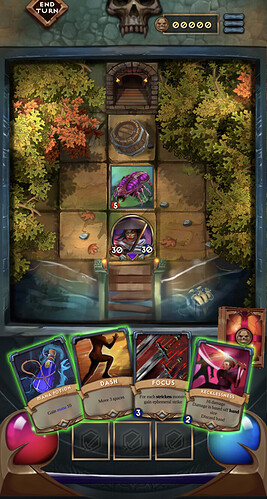 Ok, but seriously, I have a dream of making a super low latency mobile game that throws you straight into game as soon as you open the app. Defold is amazing for this because the app size is smaller than all the other engines. Our design goal is to make a rich multiplayer game world that is easy to get into (ie. fast boot up, fast connect, etc) 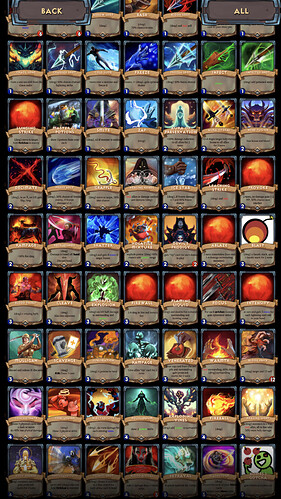 This is a deck builder. You pick a unique class character (eg. Samurai) and then build your card deck by: 1. Picking up loot, 2. Selling cards, 3. Buying cards, 4. Fusing two cards into a new card, 5. Using skill stones to get class exclusive cards, 6. Slamming cards on the anvil shrine to upgrade them

Haha, we actually really want to do an external beta in the near future.

The game looks amazing! I really look forward to playing it!!! How can we follow the progress of this game?

Wow how come this is the first time I’m seeing it, looks absolutely stunning! I really want to play it

I’ll be sure to mark “when it’s done” on my calendar!

Thanks for your kind responses! We are busy trying to do some spring cleaning (we’re aussie developers

) so that we can start handing out beta access to Android users at some point. If you want to follow along please check our instagram: https://www.instagram.com/demonshandgame/

This looks amazing and if you release it, I will again lose hours if not days of my life

I can see that

And your game really looks great.