In this version we’ve set the supported OpenGL version to 3.1+ (previously 3.3) for Linux and Windows. Note that this version is for the engine, not the editor.
Hopefully, this will improve the support for some users having issues.

We’ve also optimized the font renderer which will be good for the more text heavy projects.

Another great optimization is for the mesh components. They will no longer upload their vertex buffer each frame, but only if the buffer is modified. The Native Extension api got the new dmBuffer::GetCOntentVersion()https://defold.com/ref/alpha/dmBuffer/#dmBuffer::GetContentVersion:type-version) and dmBuffer::UpdateContent.

We are currently working on a long running task on adding pipeline extensions.
As part of that, we’ve added two more apis to our dmSDK:

The component API will let you create a new component type, with the same life cycle functions as our in game component types.
To register such a type, you’ll also need to pair it with a resource type.

Note: We haven’t started documenting these yet, but we’ll do that as the task progresses.
In the meantime, you can look how we use these apis in the engine at
res_script.cpp and gameobject_comp.cpp

As mentioned, this is part of a long running task, and we might need to change the api’s somewhat in the near future, although it’s not very likely as these are old api’s that we’ve used internally.

Hello guys. I dont remember when, but I thought i read about feature that made possible to exclude dirs\files\resources from bundling process (editor and bob). Is it really planned or I’m just dreamed of it? Trying to seach it, but failed.

Not sure what you exactly mean but it is possible to exclude resources (dirs/files…)?

This manual describes how project specific settings work in Defold.

@selimanac AFAIK Bundle Exclude Resources is for Bundle Resources, not all resource in project. Or maybe I’m wrong
@Mathias_Westerdahl that probably what i want ( need to test it) Is there any plans for add this options as part of game.project files? (So it would work in editor bundling\html 5 running). This whould be userful for building several application from one source code.

I think you are looking for this feature request: https://github.com/defold/defold/issues/5575

Yes, thanks. Added some thumbs emoji into it

hmm, the “update” link is still not available on my macbook (1.2.180 alfa-channel). But if download package from site and replace old one to 181, there is “update available” link. But if click it, will downloading 180 again.

@Dragosha @AlexeyFeskov It’s because I forgot to push those changes

The autobuilder is now building the branch and I expect it to finish in ~20-30 minutes.

When testing a build with BASIS_UASTC texture comression on iPad mini 2 i found a visible bug in the release version (one texture not showing, black box): 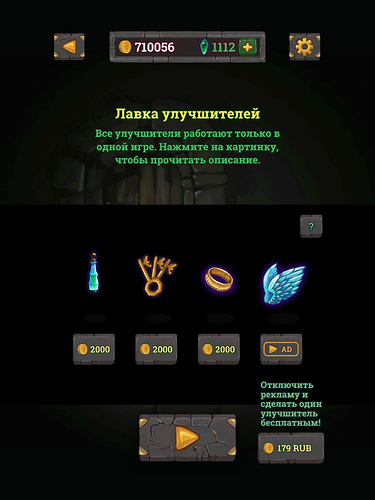 In debug version this build crashing on that screen with an error:

As I understand it’s going on with RGB (without A) texture and 1024x512 atlas (it matter, cause 1024x1024 atlas with the same texture profile shows correct). 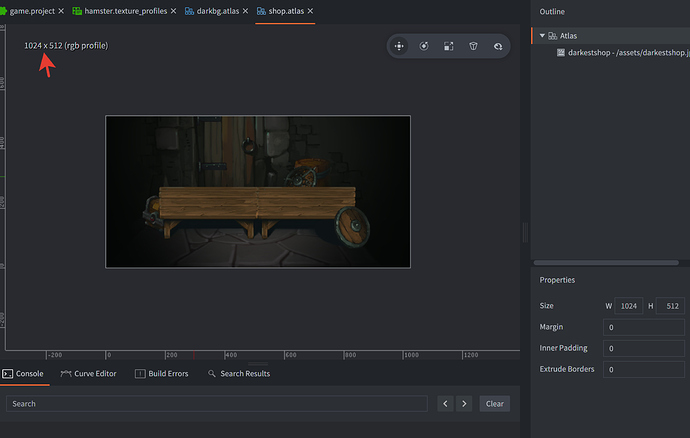 Good catch!
We have code to make the texture square, but it’s only triggered if the format is specified as PVRTC in the texture profile. That ofc, defeats the purpose of the generic format like UASTC.
I think we need to detect this case in the engine, and if the texture is not square, use uncompressed RGB as the target format instead. (Not sure I can make it square at runtime)

with the same textures and it seems as workable, at least I have not reviews from players with visuals issues.

It happens every time but recorder doesn’t catch it every time.

Noticed an issue related to playing particlefx on the first frame in this case they glitch. Will try to get a minimal project where it happens to share soon.

This is really bizarre, this image is not even in the atlas but somehow is being used in the first frame of these particles when playing them, changing image doesn’t help. 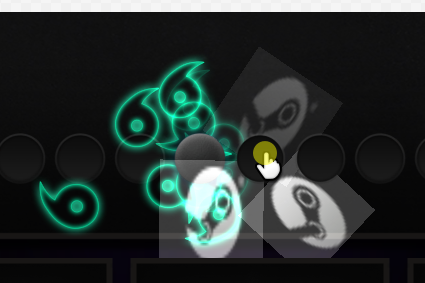 It does not happen if Steam is closed.

This is really bizarre, this image is not even in the atlas but somehow is being used in the first frame of these particles when playing them

If the engine doesn’t set the texture, it will use the texture already set.
If you do not have the steam logo in the app at all, then it’s weird I admit, but it might use whatever is in the GPU memory there then (I’m guessing).

We haven’t changed anything render related (only the OpenGL version from 3.3. to 3.1+). My guess is that we’ve uncovered an old issue that been working by chance before. 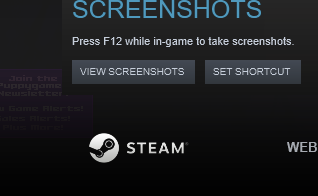 It looks like the logo from the Steam overlay. So maybe that explains part of why it’s used in this situation where the texture isn’t right.

I cannot reproduce it using vanilla engine and the project.
Going to try using the steam extension now as well.

Thank you for this confirmation @ultimateprogramer!